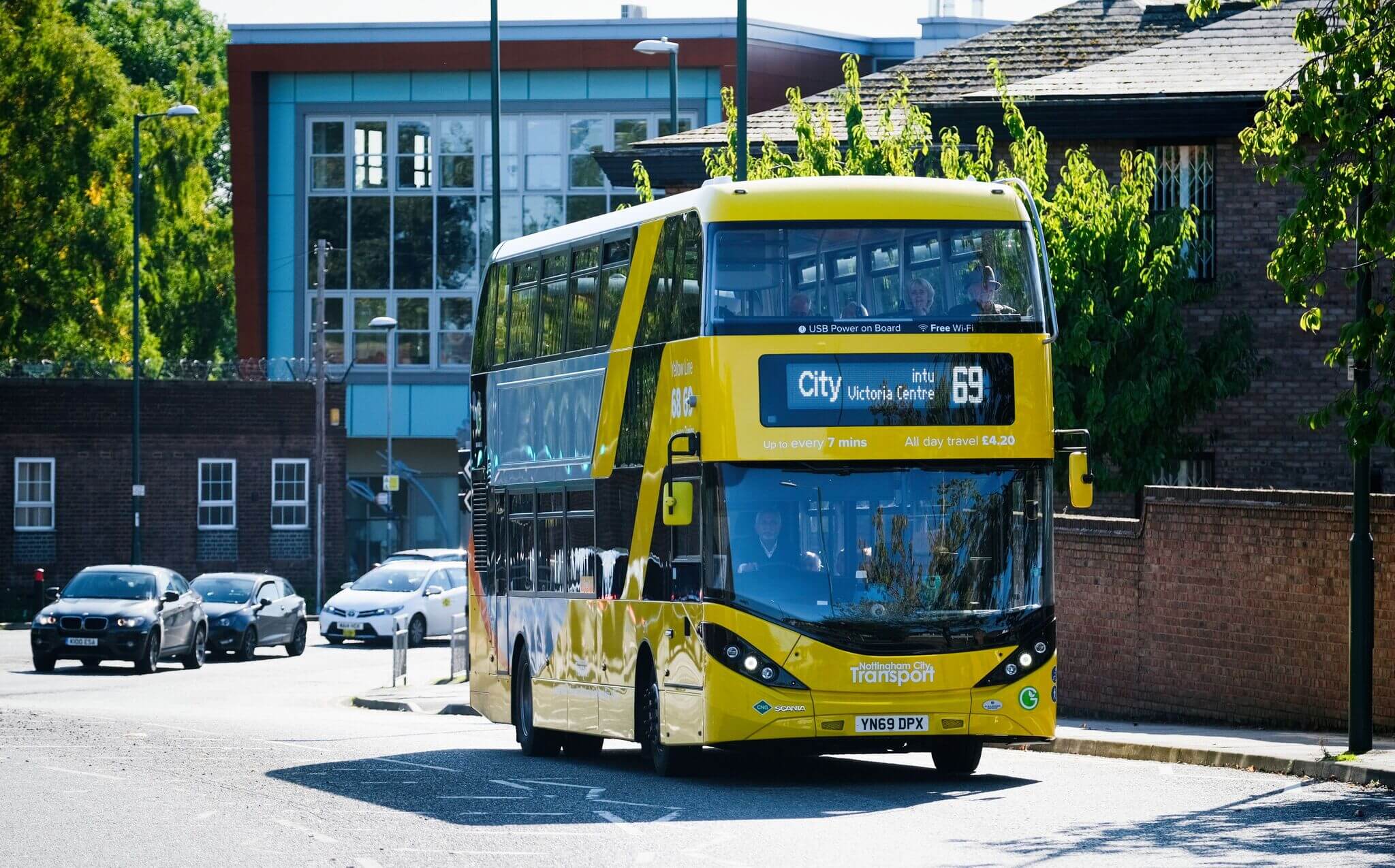 Nottingham City Council has today announced it will invest £11.4m over the next three years to make bus journeys in Nottingham faster, easier and greener.

Nottingham’s buses are already award-winning, environmentally friendly and generally considered the best outside of London.

Now, building on existing projects currently being delivered through the Transforming Cities programme, this funding from the Department of Transport (DfT) will make catching the bus in Nottingham even better.

What will the improvements achieve?

Taken in tandem with plans to add more zero emission vehicles to Nottingham’s bus fleets, these improvements, approved by the council’s Executive Board today (Tuesday October 18), will make a significant contribution to Nottingham’s ambition to be carbon neutral by 2028 by encouraging people out of cars and onto public transport by making it the faster, more attractive option.

Nottingham City Council’s Portfolio Holder for Highways, Transport and Parks, Councillor Audra Wynter, said: “More than £11m of funding from the Department for Transport is a very welcome boost at a time when public transport is still recovering from lower passenger numbers following the height of the pandemic.

“Through public consultation, we have identified a number of key sites in and around the city which will benefit from bus priority measures, which help to increase the reliability and punctuality of bus services and in turn make bus travel more appealing to the public. Further consultation will take place on each of the proposed schemes before they are implemented over the next three years.”

Improvements are expected to target these areas: