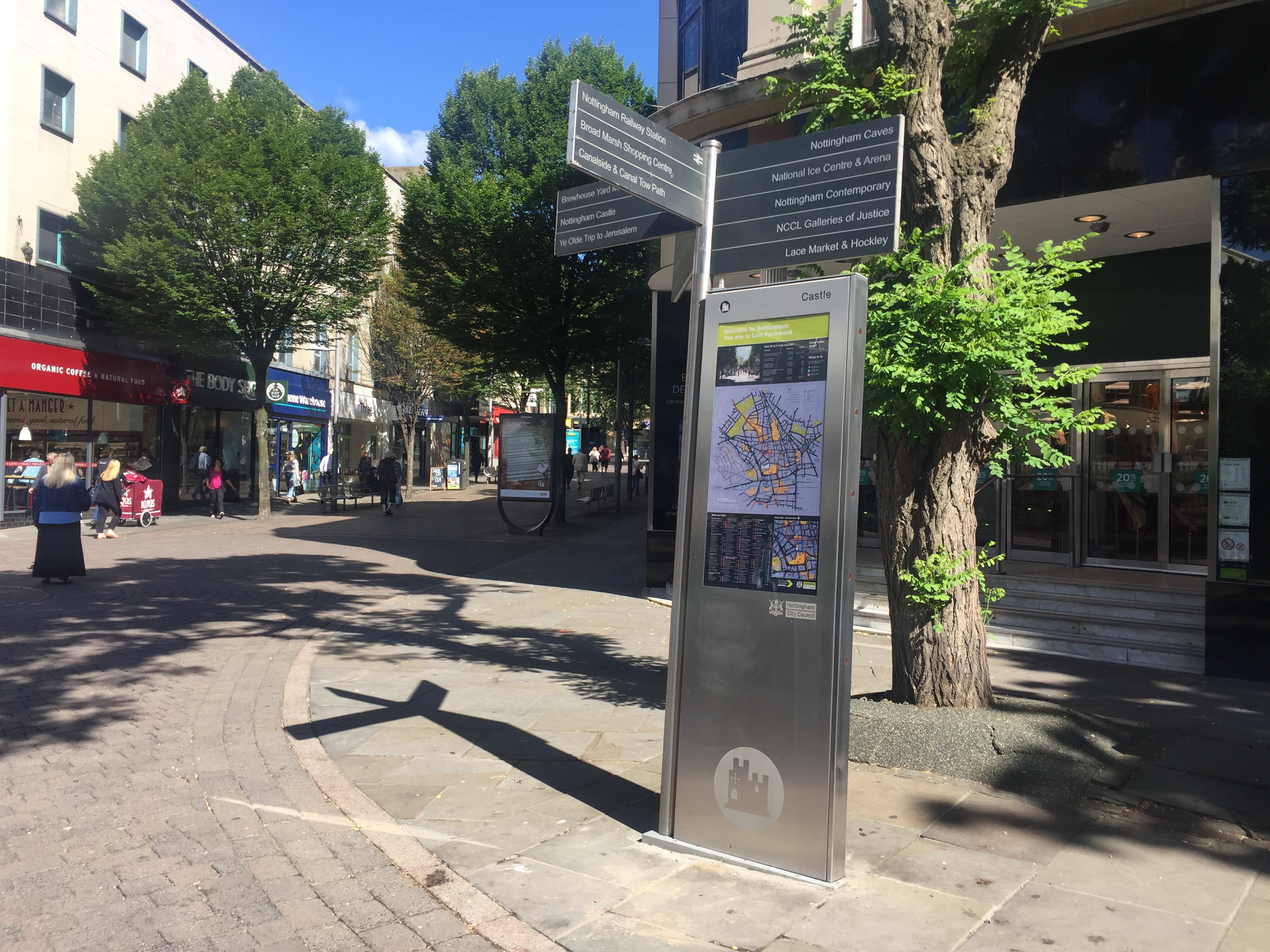 The way is clearer for people trying to find their way around Nottingham, after the City Council updated 30 pedestrian signs.

The ‘wayfinder’ points were installed in 2009, providing maps and information to help citizens and visitors navigate around the city. By 2018 many of the signs had seen better days. Sun bleaching had rendered some of the maps unreadable, and they were overdue an update.

Nottingham City Council worked with local businesses, the tourism centre, Marketing NG and the Creative Quarter to update the maps. This included adding additional points of interest that had opened since the maps were installed such as the Nottingham Contemporary, and expanding the map to cover key attractions such as Stonebridge City Farm.

The design was revamped too to create a clean, modern look to better represent the city in 2018.

Councillor Dave Liversidge, Nottingham City Council’s Portfolio Holder for Transport said: “The maps were in a sorry state, and overdue a facelift. We took the opportunity to update the maps in time for the summer, when we see an influx of visitors to the city.

“Walking distances on each map give people a rough idea of how long it will take to travel between key locations, but we’re also keen to promote our top-class public transport options and the journey planning tool on our new travel website transportnottingham.com, which will help citizens and visitors alike to explore the best of what our city has to offer.”

The new maps have been redesigned in a similar style and colour palette to other big cities, with key landmarks on the Nottingham skyline highlighted.

This project was funded by the Department for Transport’s Access fund which aims to encourage walking and cycling as a means of travel.