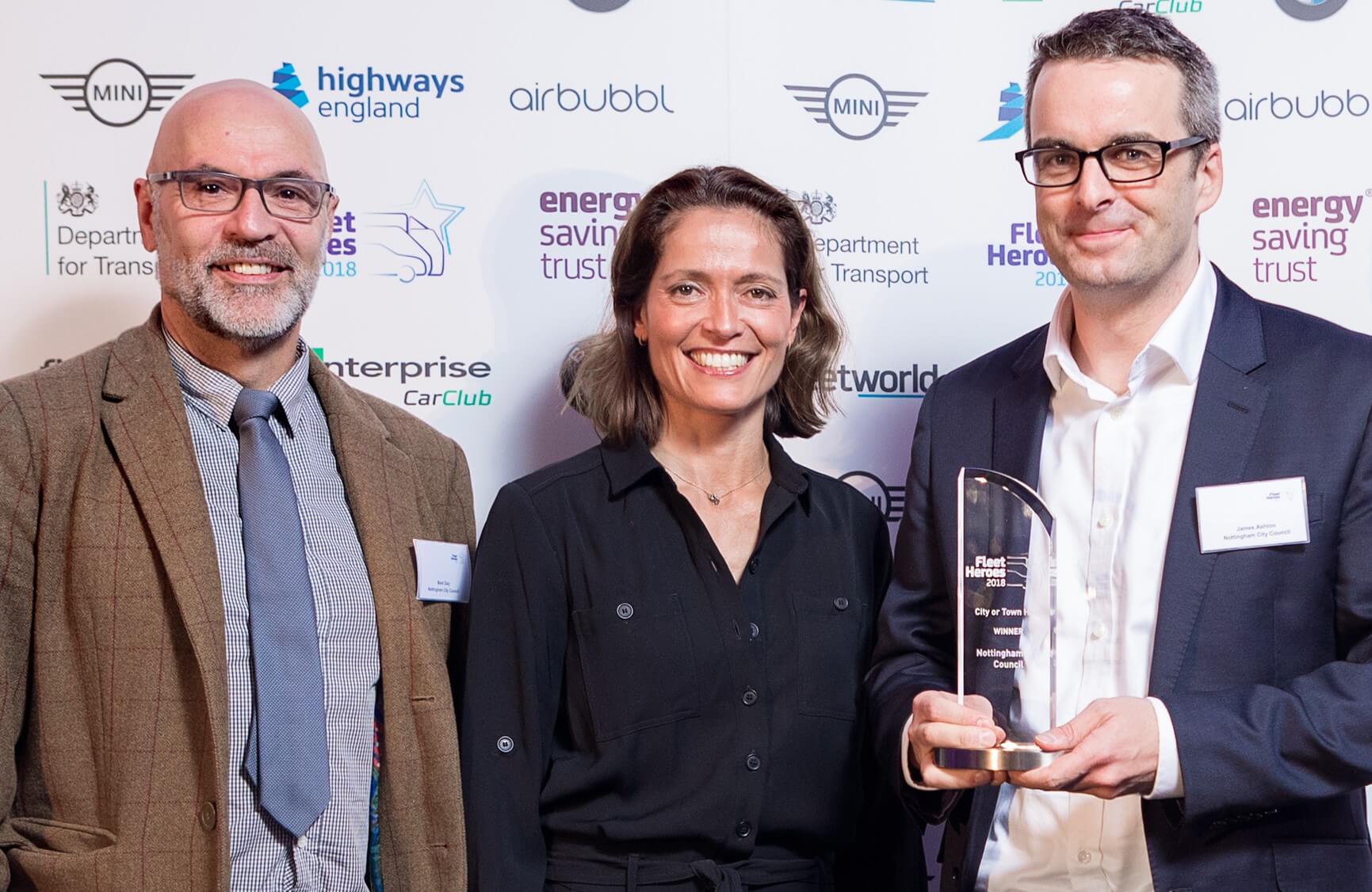 Nottingham’s reputation as a leader in adopting sustainable low emission technology was further cemented this week as the City Council secured a total of three national awards.

At the Fleet Heroes Awards on 27 November the council won the title of ‘City Hero’ for its innovative work to reduce the impact of transport on air quality and its commitment to ongoing improvements.

The council was also highly commended in the ‘Ultra Low Emission Vehicle Infrastructure Hero’ category in recognition of its flagship scheme installing 230 fast and rapid charge points in Nottingham, Nottinghamshire, Derby and Derbyshire.

Rasita led the council’s bid to become a Go Ultra Low city in 2016 and continues to lead on the delivery of a range of ambitious projects designed to increase the take up of electric vehicles, resulting in cleaner air for the city and the wider region.

In addition to the £2.1m charge point project, these include converting the council fleet, supporting businesses through fleet reviews, vehicle loans and grants, and helping taxi drivers make the switch to cleaner vehicles.

Rasita also spoke at Parliament earlier this year on the challenges of building a charge point network. 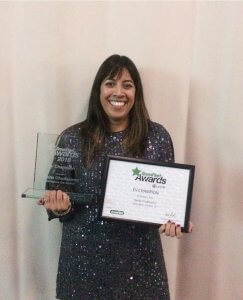 Councillor Sally Longford, Portfolio Holder for Energy and Environment, said: “Our Go Ultra Low team has been working incredibly hard to bring some quite technical, challenging and bold projects to fruition. We’re starting to see the results of these now and I’m delighted the team is gaining recognition from the industry.

“Air pollution is a real public health issue and transport emissions are one of the largest contributors, especially in a city. We’ll continue to lead the way in helping to make cleaner vehicles a reality for our businesses, residents and visitors.”

The council’s achievements so far 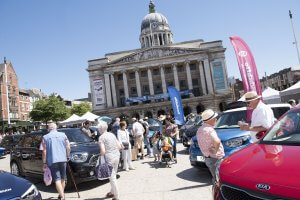 The Go Ultra Low FestEVal, held in June this year, was an opportunity for people to find out more about ultra low emission vehicles (ULEVs)

Nottingham City Council, in partnership with Nottinghamshire County Council and Derby City Council, is benefiting from £6.12m investment between 2016 and 2020 to deliver a package of measures that support the uptake of Ultra Low Emission Vehicles (ULEVs) in the local area. Nottingham was one of four national winning cities (Nottingham, Milton Keynes, Bristol and London) securing funding through Government’s Go Ultra Low City Fund, following a competitive bidding process.