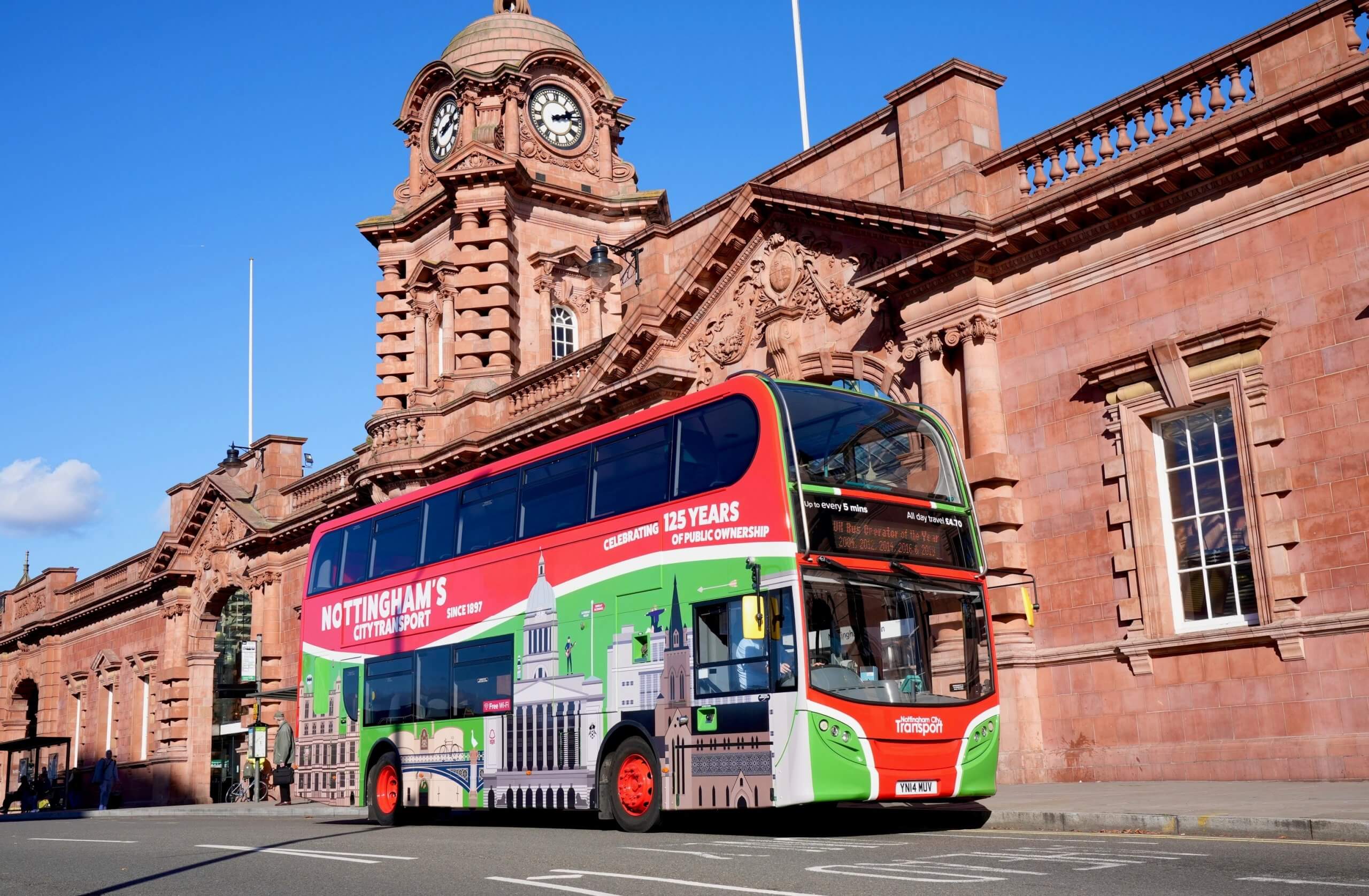 NCT have unveiled a special Nottingham themed bus, celebrating everything that makes our city great! Can you spot the over 20 references to our city hidden in the design?

It’s to celebrate 125 years since October 1897 when Nottingham City Council took over running what was then the Nottingham Tramway Company. NCT itself is now as much a part of the fabric of the city as Goose Fair, the Council House lions and many of the other local icons featured.

It’s thanks to a visionary leader of Nottingham City Council that we still have Nottingham City Transport in public and council-controlled ownership – allowing us to make Nottingham’s buses some of the greenest and best in the country.

Betty Higgins, Nottingham City Council’s first woman leader, had the strength and foresight to fight to keep NCT publicly owned during the bus reforms in the 1980s.  A legacy which has had a lasting impact – and is one of the reasons we have the best buses in the country.