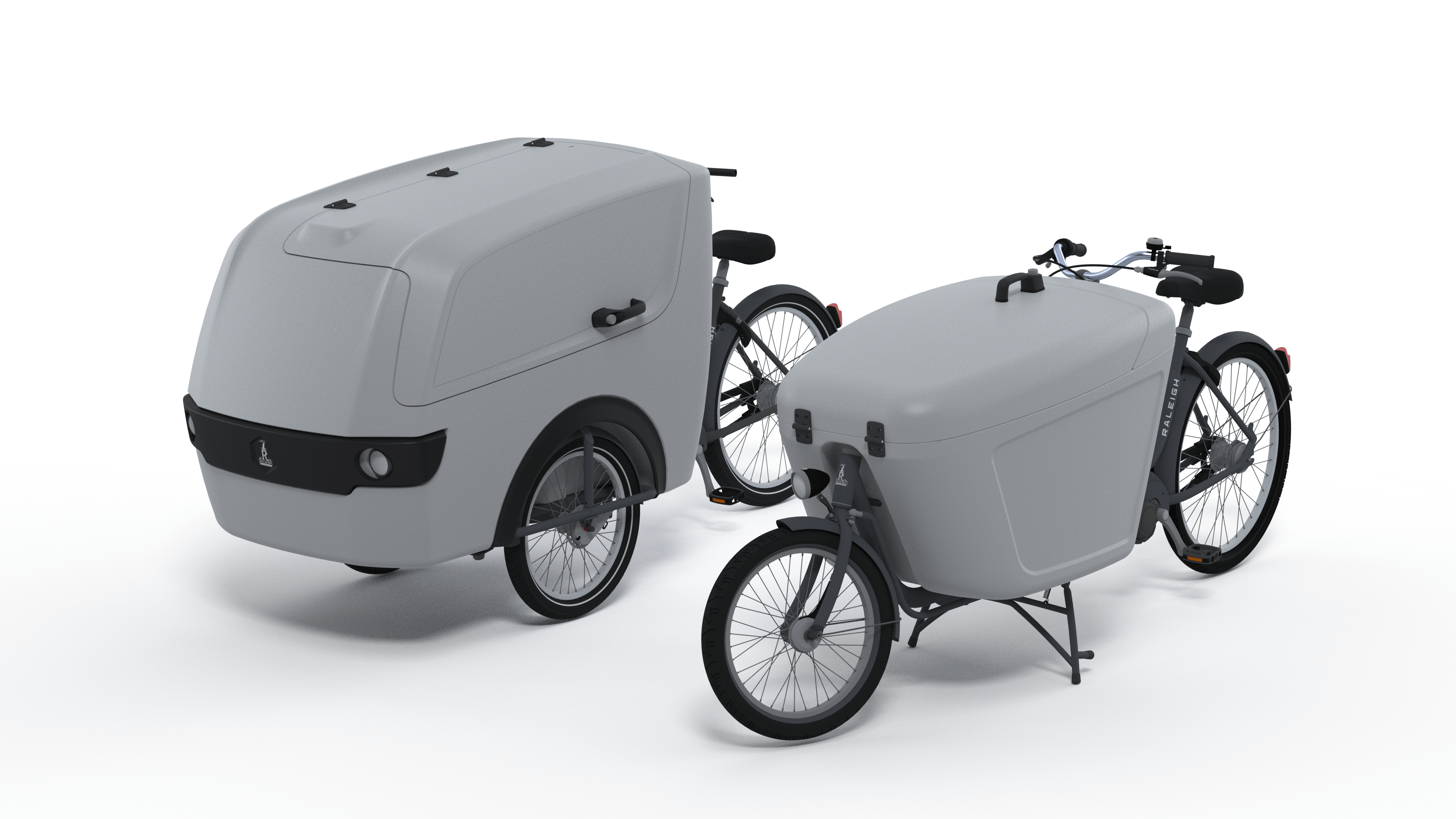 Published on Thursday, May 21st, 2020 at 2:59 pm in Cycling, Uncategorised, Workplace Travel Service

A fleet of electric bikes designed to move loads around will soon be seen on the streets of Nottingham.

The City Council will team up with local manufacturer Raleigh to produce the ‘eCargo’ cycles after the authority was successful in bidding to the Energy Saving Trust for nearly £50,000 of Government funding.

The electric bikes are designed to allow individuals and companies to transport bulkier items between locations. They have a large compartment at the front and are powered by an electric motor.

eCargo cycles are a common sight around Europe and are popular in Holland, Germany and Denmark, including with families.

It is thought that local businesses and organisations in both the public and voluntary sector will find these useful. Advantages include:

The project opens up access to a commercial vehicle option that is currently out of reach for both private and public-sector organisations. It will be of particular benefit to smaller organisations who may currently rely on external providers for deliveries within the city.

Through an extended trial period, organisations will be able to assess – with support from the Council’s Workplace Travel Service – if an eCargo bike can benefit them financially over a set period.

The £47,900 grant has come from wider £1.2m Department for Transport funding and has been distributed by Energy Saving Trust. The 15 eCargo bikes will be provided by Nottingham-based Raleigh and include 12 two-wheeled bikes and three trikes.

Councillor Adele Williams, Portfolio Holder for Transport at Nottingham City Council, said: “We’re really pleased to have secured this funding – another example of a successful bid for Government money in Nottingham. We continue to lead the way on sustainable transport projects and have a proud national reputation for innovation.

“We know that eCargo bikes have been very popular in other major European cities and we hope they will prove so in Nottingham – we have set out to enable a clean freight system as part of our Carbon Neutral action plan. Securing the funding for these bikes demonstrates our commitment to achieving this.

“Now is an ideal time to launch a cargo bike scheme within Nottingham. The ultimate aim of the project will be to visibly establish eCargo cycles in the city as a cost-effective and efficient transport option.

“They are an excellent way for people to move freight around quickly and environmentally. We look forward to adding some to our own fleet for council officers to use.”

In time, it is hoped to make eCargo bikes available at local mobility hubs across Nottingham – as part of the city being chosen as one of four trial Future Transport Zones in England.

Adam Snow, Raleigh Brand Manager, said: “Raleigh are proud to be partnering with Nottingham City Council to deliver a fleet of eCargo bikes.

“As a company still based in our home city of Nottingham, we can’t think of a more appropriate partnership. Our fleet of eCargo bikes will aid in achieving ambitious green targets for the city set by the local authority.

“As well as powering more than 100 businesses and 5,000 homes using converted energy from the city’s waste, Nottingham City Council has been investing and developing an extensive and well used-cycle network, refurbishing council-homes and has recently been applying an Energiesprong retrofit to 327 homes, a pioneering Dutch renovation method which makes buildings almost entirely carbon-neutral.”

The eCargo Bike Grant Fund scheme is funded by the Department for Transport and delivered by Energy Saving Trust.

Tim Anderson, Head of Transport at the Energy Saving Trust, said: “The Department for Transport eCargo Bike Grant Fund attracted a significant number of applications. The 18 local authorities who have successfully secured funding will purchase a total of 273 eCargo bikes and nine eCargo bike trailers, enabling more businesses to benefit from access.

“eCargo bikes are an attractive low-carbon transport solution which offer important benefits, most impressively fuel cost savings and contributing to improved local air quality. Last-mile delivery is an important area for consideration in our journey to reduce transport emissions to net zero by 2050.”