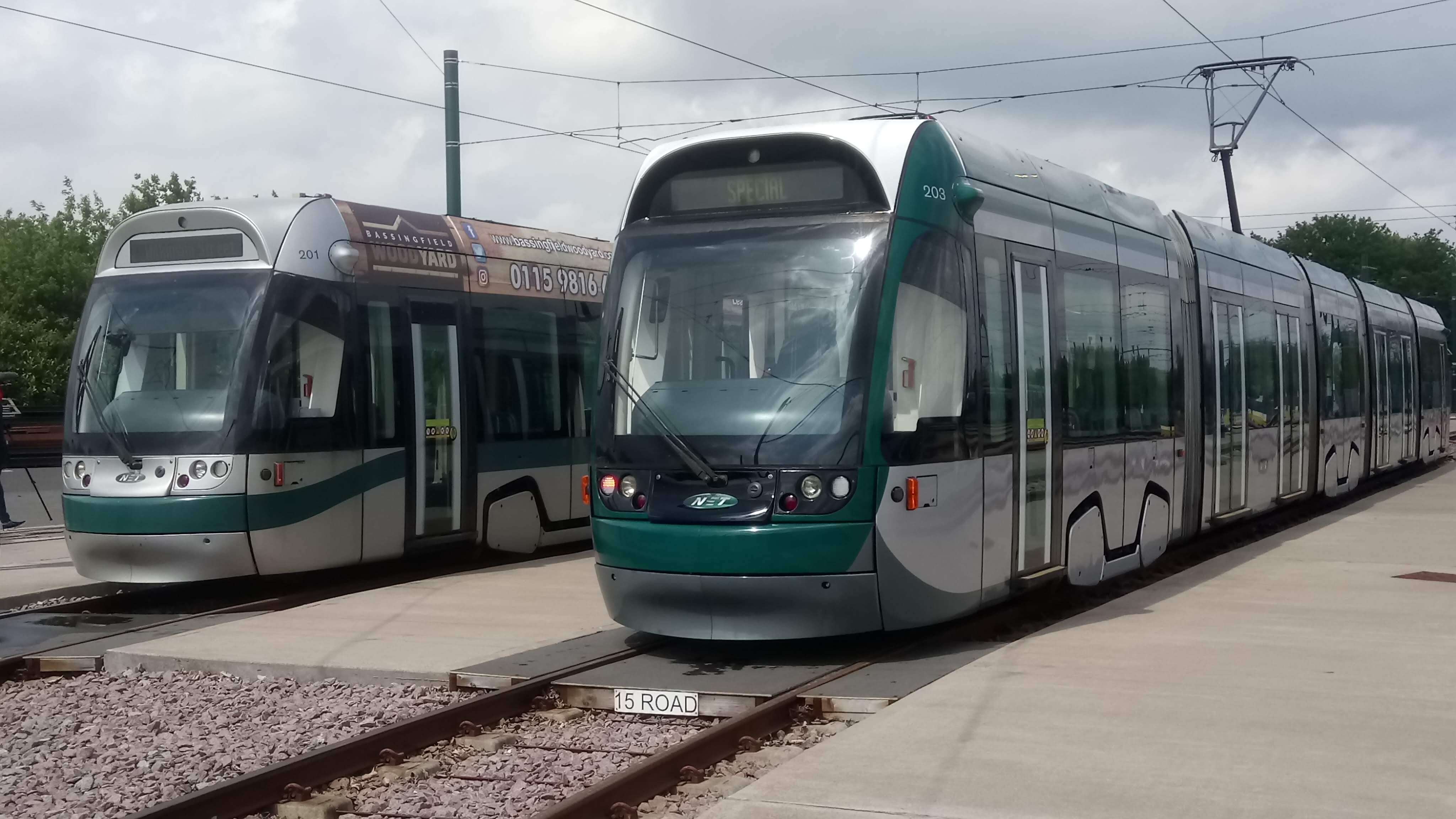 A new look for Nottingham’s original fleet of Incentro trams was unveiled by the Sheriff of Nottingham today(Friday 10 May).

Having delivered sterling service since the launch of the network in 2004, all 15 trams are set to benefit from a £3.5 million refurbishment programme that will help future-proof the network.

The refresh is more than skin deep and includes a major mechanical overhaul alongside the introduction of a new look that matches NET’s newer Citadis models, which entered service with the expansion of the network in 2015.

The work also includes the replacement of floors and all interior fittings and is aimed at boosting reliability, comfort and accessibility.

“The refurbishment will have significant benefits for customers and has been carefully considered to take into account the needs of people with disabilities, including those with sight impairments.

“Research has shown that having a single look across the fleet can help them access the network and also make it easier to use for people who may have dementia.”

To prevent any disruption to services, the rolling refurbishment programme will see the work carried out one tram at a time and is expected to be completed by the end of the year.

For the unveiling on Friday the Sheriff will be joined by long-serving NET drivers who were behind the controls of the first trams to run on the network 15 years ago.

Mr Robinson added: “When the first refurbished tram rolls out of the depot and straight into service on the network, we’re sure the new look will prove a huge hit with customers.”