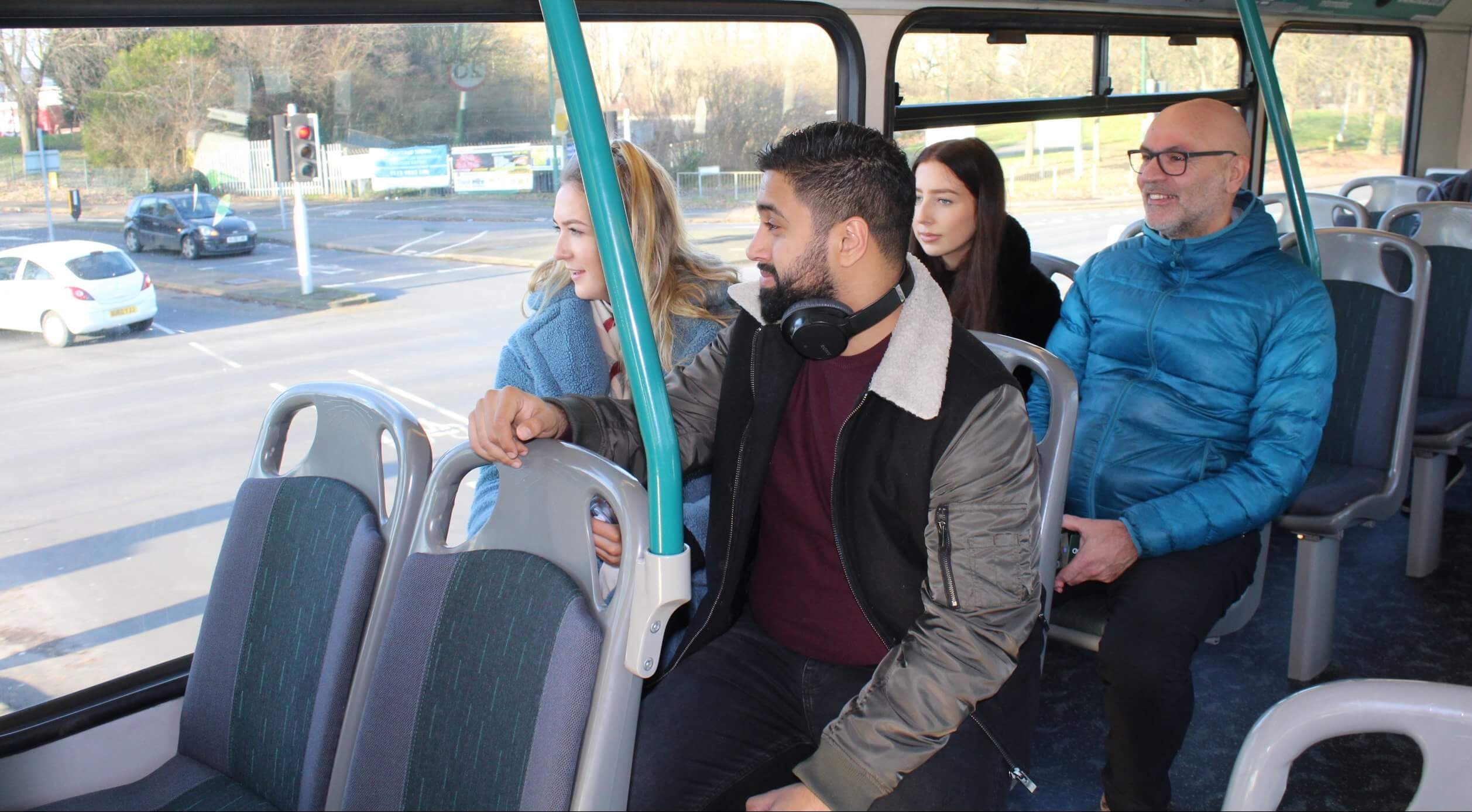 Nottingham’s trams are not included in the £2 fare cap, but the City Council are lobbying the Government to include our award-winning tram system in this scheme.

The scheme hopes to help families save money during cost of living pressures and encourage people to swap their cars for bus journeys. During January, February and March, it’s hoped that two million cars will be taken off the road. This will reduce carbon emissions whilst encouraging greater bus use to help the bus industry in its continued efforts to recover from the pandemic.

“Bus travel remains the most popular form of public transport in England, making up around half of all journeys. That’s why we’re investing £60 million to cap single bus fares at £2 to support every passenger and help get people back on the bus.  With the scheme set to take two million car journeys off the road, it’s fantastic to see so many bus operators signing up to the fare cap, helping people to ‘Get Around for £2’ between the 1 January and 31 March.”

Who is covering the costs of the discounted bus fares?

Which routes are included?

All local bus routes operating in Nottingham are included in the scheme. This includes services that cross over into neighbouring Nottinghamshire and Derby areas. Services excluded from the scheme include trentbarton’s red arrow service and dedicated school services.

Do I have to use cash to benefit from the discounted single fare?

No, you don’t have to use cash. Whilst cash will be accepted for the £2 single fare, the discounted ticket will also be available on Contactless, Robin Hood Pay-As-You-Go cards, and on operator mobile apps (such as the NCTX Buses app or the mango app).

If you are using cash, just ask the driver for the £2 adult single. And remember, the exact fare will be needed.

How do I get the £2 single fare using Contactless?

If you usually use your credit or debit card to travel on Nottingham’s buses, you don’t need to do anything. Just tap your card or device onto the reader and the system will automatically offer you the correct fare.

How do I get the £2 single fare using Robin Hood Pay-As-You-Go?

If you usually use Robin Hood Pay-As-You-Go travel on Nottingham’s buses, you don’t need to do anything. Tap your card onto the reader when you board the bus and the system will automatically offer you the correct fare. You can get two single trips for £2 each. Once you travel for a third time, you will be charged the Robin Hood day cap (this ranges from £4.70 to £5.70 depending on the operator(s) you use).