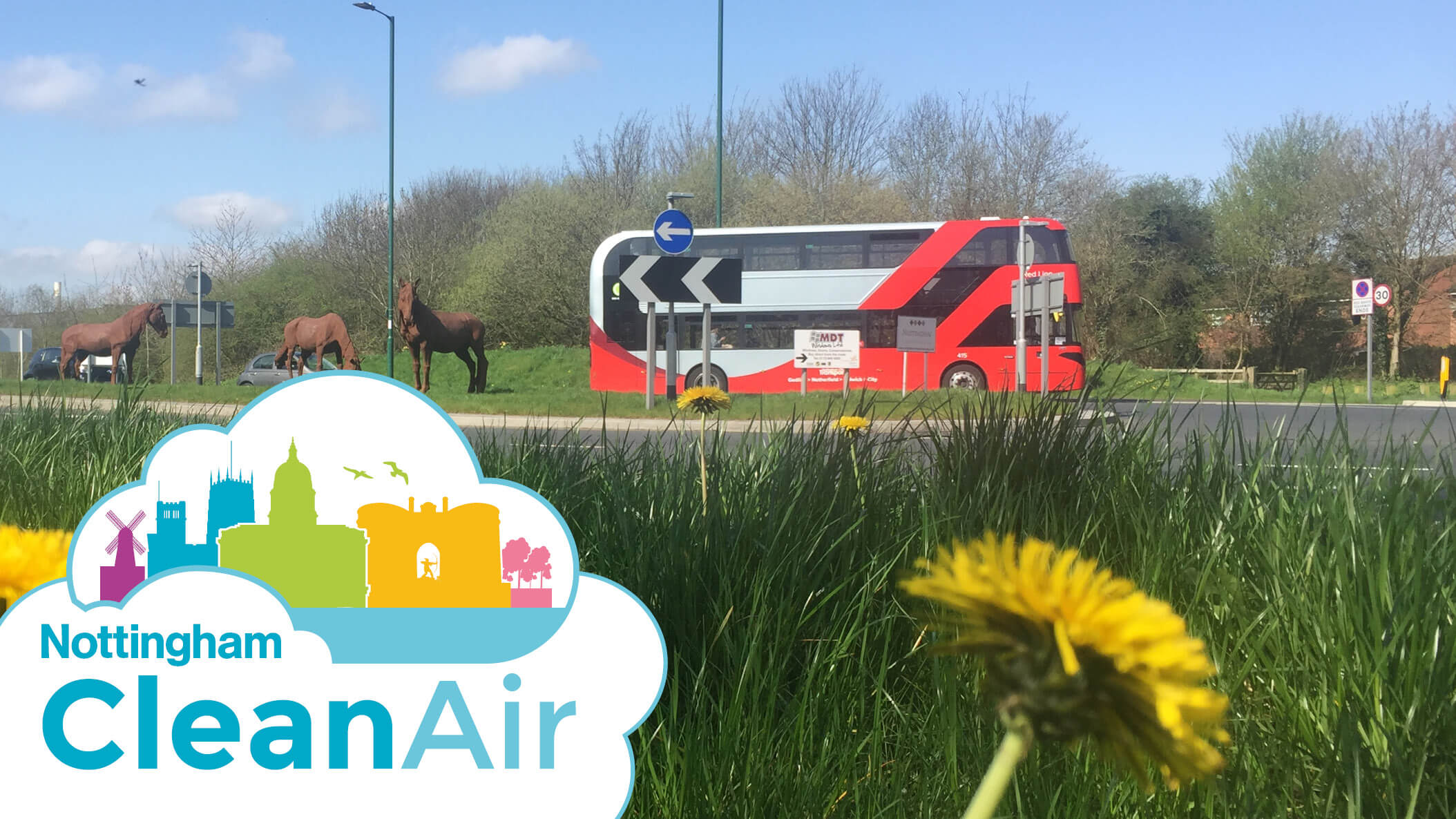 People are invited to give their views on Nottingham City Council’s proposals to tackle air pollution.

Projects including the retrofitting of buses with clean exhaust technology, requiring every taxi to meet higher emissions standards by 2020, and the council replacing its heavy vehicles – such as bin lorries – with electric vehicles, will all contribute to falling levels of air pollution.

The latest modelling, subject to final approval from the Secretary of State for the Environment, shows these schemes will ensure the council meets its target of lowering Nitrogen Dioxide emissions to less than a maximum annual average of 40μg/m3 in the shortest possible time. In Nottingham’s case this will be in 2019.

The consultation, launched today (Friday 3 August) asks people to comment on these plans, as well as further measures in the pipeline to make Nottingham’s air even cleaner.

Councillor Sally Longford, Portfolio Holder for Energy and Environment, said: “We may not always be able to see it, but air pollution is a very real issue that is having serious, long-term effects on our health.

“As well as respiratory problems, it can contribute to the onset of heart disease and cancer. Children and older people, and those with heart and lung conditions, are particularly vulnerable to its effects.

“The City Council has a strong track record in improving air quality, having made significant investment to improve public transport, including the tram network, and electric and gas-powered bus fleets, supported by the Workplace Parking Levy.

“We’re also promoting the use of cleaner vehicles through a range of projects, and have invested heavily in the city’s cycle network.

“It’s thanks to this that regular air monitoring has shown falling levels of air pollution, and more projects already under way will bring this down further – enough to meet the targets set by the Government and, enough that it is no longer necessary to introduce a Clean Air Zone.

“That said, we don’t want to rest on our laurels, and there is more we can do. In a survey earlier this year, 88 per cent of respondents said reducing air pollution should be a priority for the council. Further proposals are included in the consultation, and I’d encourage anyone with an interest to take part. We want to hear from residents, businesses and people who don’t live here but come to Nottingham for work or to visit.”

Further measures include amending the city’s two Air Quality Management Areas to cover the whole city, which would mean the council could take action against engine idling, and extending the city centre Clear Zone to include minimum emissions criteria for delivery lorries, taxis and other vehicles.

Find out more about the proposals and take part in the consultation here.

The consultation will run from Friday 3 August until Monday 10 September. Responses will help shape the council’s final Local Plan to Improve Air Quality in Nottingham.

In 2017, the Government identified a number of cities where air pollution was too high – Nottingham included – and set them the task of reducing levels of nitrogen dioxide to a maximum annual average of 40μg/m3 in the shortest possible time, and by 2020 at the latest.

The council is under Ministerial Direction to produce a local plan showing how it will reduce concentrations of NO2 to within the legal limits as soon as possible. The final version of the Local Plan to Improve Air Quality in Nottingham is required to be submitted to the Joint Air Quality Unit (DEFRA and DfT) in September 2018.