We’re creating several exciting new routes across the city centre to connect existing cycle lanes, and to make cycling to and through the city an easier, safer and more enjoyable experience.

The roadworks taking place at the junction of Castle Boulevard and Wilford Street will link the new two-way segregated cycle lane on Canal Street with the Western Cycle Corridor. 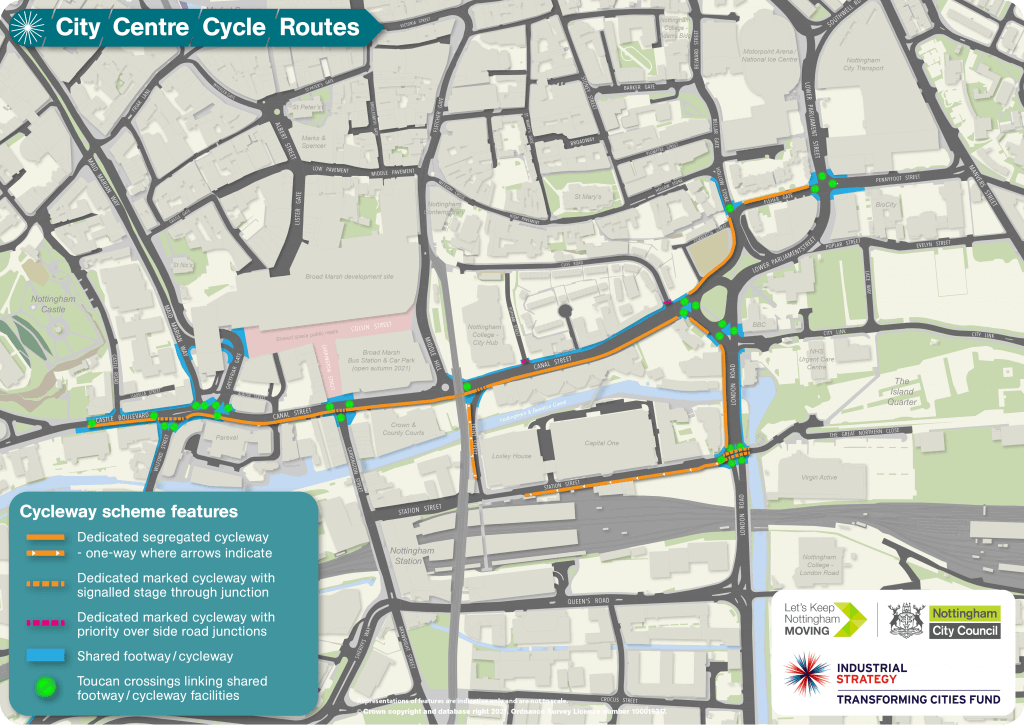 How will I be affected?

The first phase of the programme, took place between October and December and is now complete.

The next phase of works will begin on Canal Street, between Trent Street and London Road island, in January 2022 and last until early Summer. Works will start on the north footway before moving onto the opposite side.

While we excavate the footway on the north side we will provide a temporary shared use cycle and pedestrian walkway and bus stop locations. 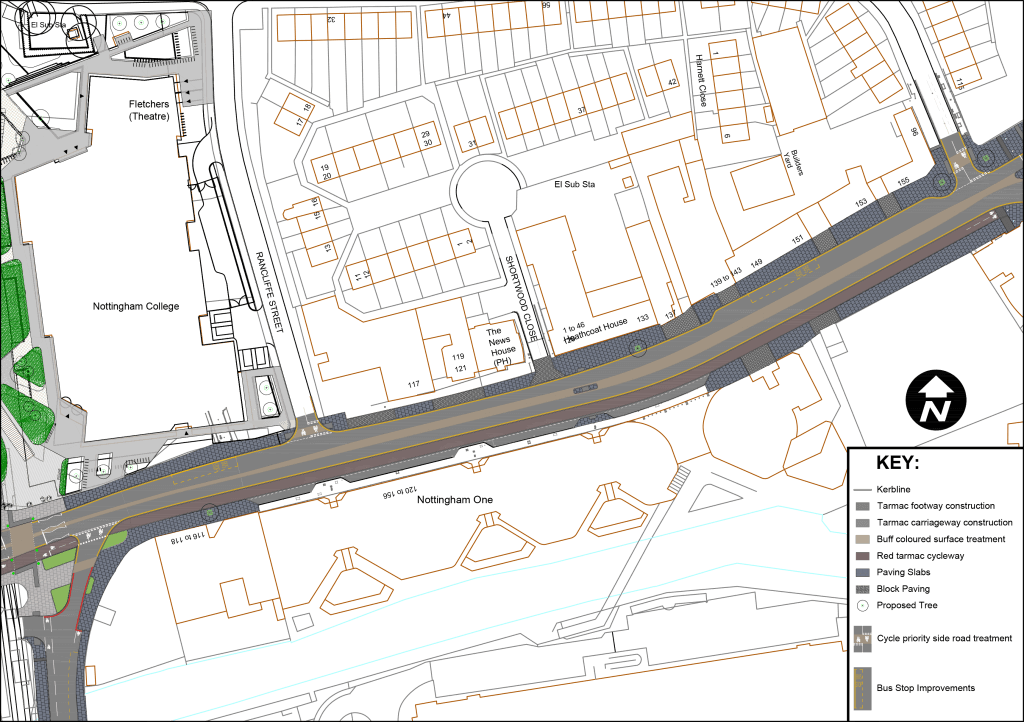 From 4 January 2022 works will continue in the Wilford Street area, but with minimal impact on traffic (a narrow carriageway).

There will also be a Friday to Monday closure of Canal Street to Castle Boulevard and a diversion in place during this time.  Details of this will be confirmed nearer the time.

Carriageway resurfacing will take place at the end of the project in February/March 2022.

The pedestrian crossing outside Castle Wharf House will be shut while work takes place in this area.

Once these works are complete, further works will be carried out in Wilford Street. Dates and any restrictions will be posted here when confirmed.

From 11 April works began to replace the temporary painted cycle facility with a one-way segregated cycle lane towards Trent Street.

The traffic restrictions for evenings and weekends will be completed earlier than planned. Wilford Street surfacing will be completed a day early, with the final night shift on 11/5/22 and we will not need any diversions for Canal Street east (between Trent Street and London Road island).

We will be asking cyclists heading west on Station Street to dismount or divert via Canal Street and will need to suspend parking bays whilst we work adjacent to them.

Why are we doing this?

We’re creating several exciting new routes across the city centre to connect existing cycle lanes, and to make cycling to and through the city an easier, safer and more enjoyable experience.

The Covid-19 pandemic has led to people becoming more active, and these routes at the heart of the significant Southside redevelopment will ensure Broad Marsh and the Island Quarter are well connected to the rest of the city.

The new lanes will be segregated away from traffic and pedestrian areas as much as possible.

Cycling has great benefits for physical and mental health, and by replacing shorter car journeys we can all help to reduce harmful emissions and help the city achieve our aim to be carbon neutral by 2028.

The new lanes will open as they’re completed, with all sections finished by March 2023.

This project is part of Nottingham and Derby’s Transforming Cities programme. Working in partnership, Nottingham City and Derby City Councils secured £161 million from the Department for Transport to invest in local transport infrastructure that will improve sustainable transport, support growth, and encourage more low carbon journeys.

Resurfacing of some roads within the City Centre

Improvements along the section of Derby Road between Balfour Road and Lenton Boulevard.