As part of the Government’s Emergency Active Travel Fund, in 2020 the City Council introduced a temporary crossing at Porchester Road, near Burgess Road junction, to encourage people to walk and use a bike more.

This crossing was introduced to create a route between Porchester Road and the citycentre via part of Carlton Road, some local side streets and King Edward Park.

While we have removed most of the temporary scheme along Carlton Road due to maintenance issues, we would like to make the Porchester Road cycle link and crossing a permanent feature. This creates a safe route from Mapperley into town (and vice versa) using the quieter Marmion Road link.

The work is being funded through the Transforming Cities grant, secured by the City Council after a successful bid to central government. The Carlton Road cycle and pedestrian project forms part of this package; there will be further proposals in the future to improve the whole route.

The main aims of the Transforming Cities schemes is to improve connections into and around the city by investing in sustainable transport – buses, walking and cycling – to help the city’s economy to grow, while protecting the environment and improving people’s health. This is one of a number of cycle schemes planned across the city.

What will the scheme involve? 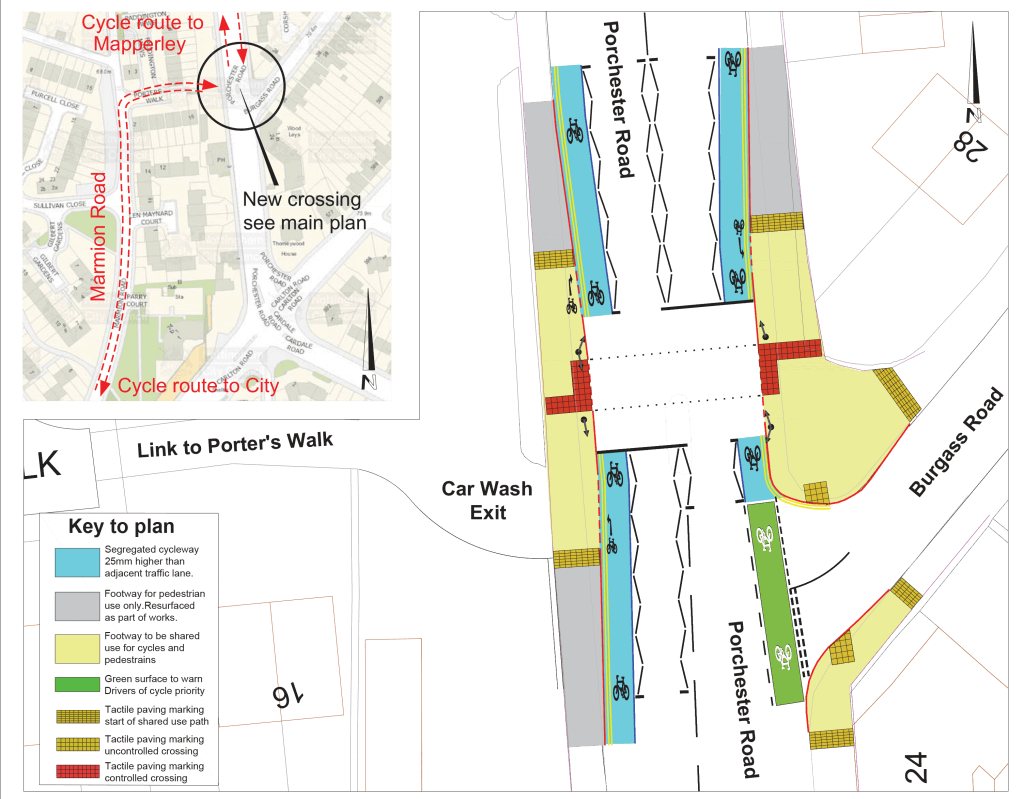 How will this affect road users?

The works are expected to last around 10 weeks, with minimal impact on road users.

Traffic will be able to move in both directions throughout the works.

The temporary crossing that has been in place since September 2020 will be removed during the works. Signage will be in place to direct users to alternative crossing points at the junction with Carlton Road.

Improvements along the section of Derby Road between Balfour Road and Lenton Boulevard.

The traffic signals between North Gate and Gregory Boulevard are being upgraded.