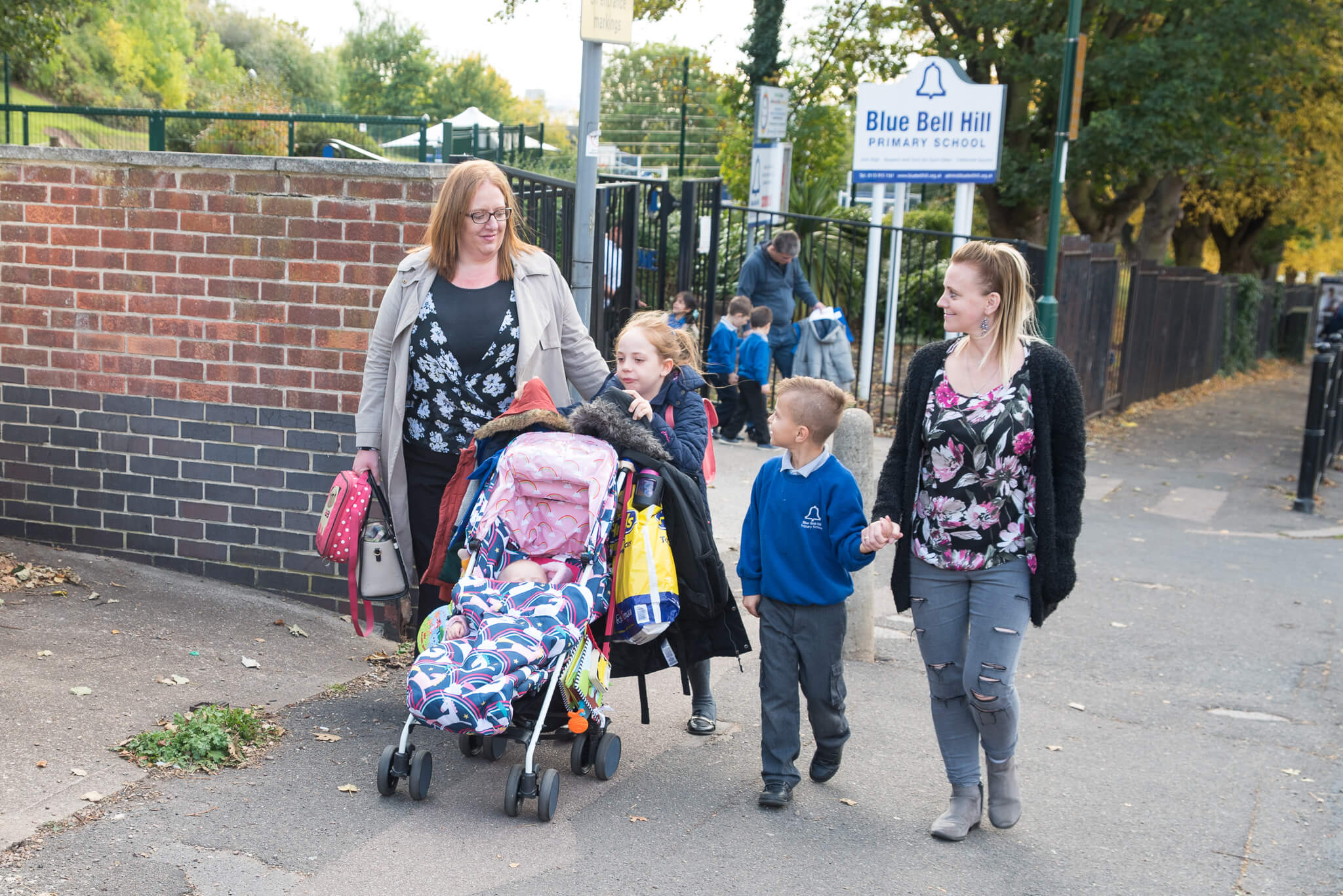 More than 12,800 primary school age pupils have pledged to walk to school at least once a week this term as part of a road safety initiative aimed at reducing the number of cars around school gates.

A total of 34 of the city’s schools have signed up to Footprints, with 12,849 pupils taking part. Run by Nottingham City Council’s road safety team, the scheme rewards children for walking to school at least once a week for 10 weeks of the autumn term.

Children who live further away don’t need to miss out – parents can take part by parking the car further away, or getting off the bus a stop earlier, and walking the rest of the distance.

Rebecca Rowson, whose daughter Alice is taking part in the scheme, said: “I think it’s good for mental health and well being, and it’s a good opportunity to have a nice conversation. It’s good exercise, it’s not as stressful as driving, and it’s cheaper.”

The council began running the scheme around ten years ago in response to issues with cars blocking pavements and parking on zig zig markings outside schools, creating a safety hazard for children crossing the road.

Cllr David Liversidge, Portfolio Holder for Transport, said: “Making the streets safer for children by reducing congestion outside schools is our priority, but Footprints has the additional benefits of promoting healthy lifestyles and cleaner air.

“We know young children are more vulnerable to air pollution from exhaust fumes due to their height, so anything we can do to reduce the number of cars outside school gates is worthwhile.

“We’ve found many parents actually find it less stressful to park further away, or to walk, than to try to find a safe parking space. It’s great to see so many taking part and hopefully as people find they enjoy it, they will want to do it more.”

This is the eighth year Blue Bell Primary School, in St Anns, has taken part. Director of Business and Community Nic Williams said: “We take part in Footprints each year. The children really enjoy stickering their charts and this really encourages them to walk to school, even if just once a week. Each year more children achieve their badge.”

All primary schools in the city are invited to take part, with all children who successfully complete the challenge receiving a badge.