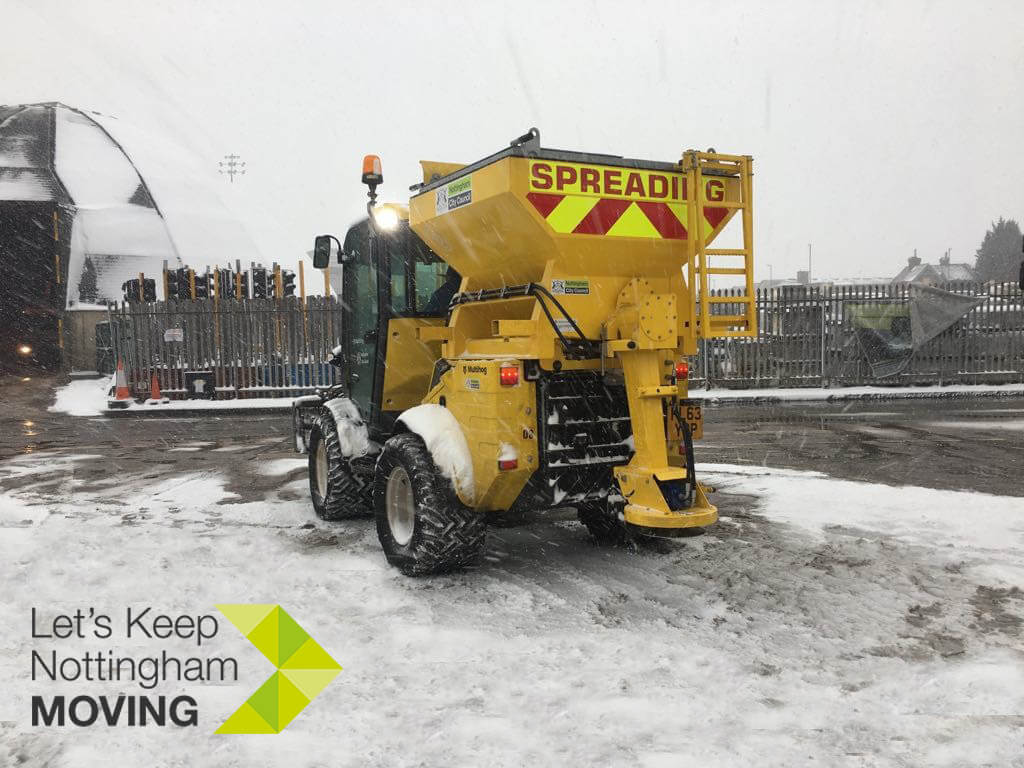 Ever wondered how salt (grit) works and how Nottingham City Council uses grit to keep our roads and neighbourhoods safe?

Nottingham City Council grits 445km of Nottingham’s roads every wintry night – our top priority is keeping the city moving, especially those roads used by the emergency services and public transport. The busiest roads are gritted first – the ones people use to get to schools, workplaces and hospitals. We have around 200 yellow grit bins placed around the city, sited in places with steep slopes or in areas that are particularly exposed to the elements.

What is salt (grit)?

Nottingham City Council salt (grit) is stored at Eastcroft Depot on London Road in a Grit Dome. The rock salt is covered so it is kept dry which makes it last longer and is more effective when spread.  The salt is rock salt and is more than 90% pure Sodium Chloride (salt) with the remaining insolubles consisting mainly of Keuper Marl which helps to protect the salt quality. Marl also helps improve friction when salt is used as a highway de-icer. 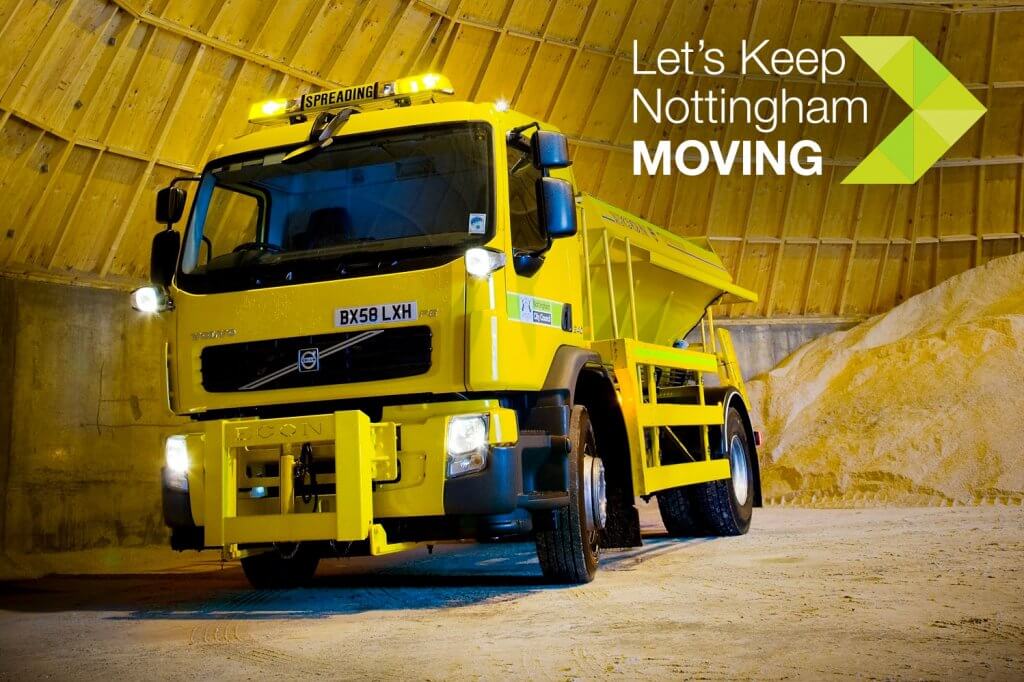 When is the best time to spread salt?

During October to April (our usual gritting season) our teams monitor the MET Office to determine exactly when gritting in needed. When we know the roads need gritting, our Gritting Teams will go out around 6.30pm and / or in the morning before commuter traffic.  Gritting at this time ensures the best performance of the grit and it means roads are treated in advance of peak traffic flows, before the times where frost and ice will form, and when there will be enough traffic on the roads to help the salt mix with the moisture to form a saline solution.

If the weather forecast does not confirm with certainty that gritting will be needed, our teams will continuously monitor the weather data and grit only if it is needed. Difficulties can arise if the time of gritting coincides with rush hour traffic and when rain is forecast to continue right up to the time of freezing or when the rain is forecast to turn to snow. In these circumstances the gritters must wait until the rain has stopped or the salt will be washed away.

Why do we use salt (grit) to keep roads and pedestrian areas safe?

Salt (grit) is used to prevent frost and ice forming and reduce the build up of snow to help keep Nottingham moving.  During prolonged snow fall there will be a build up but traffic can help the break down of the snow covering on our priority roads. On residential roads it is common for the snow to take a considerably longer time to break down and melt.

How does salt (grit) prevent frost and ice forming?

The applicable amount of salt is spread on the roads to ensure, as far as possible, that the salinity of any moisture on the roads is sufficient enough to prevent the formation of frost and ice.

At temperatures below minus 6 degrees the effectiveness of the salt is reduced.

Does salt (grit) work on top of snow?

Contray to opinion, salt (grit) does not work if spread on top of snow. Salt will not melt snow as it firstly has to mix with the snow to form a saline solution and lower the melting point. If snow is predicted, salt is spread in advance so when the first snow falls it can start to mix with salt to create a saline solution which can reduce the build up (accumulation) of snow and prevent the formation of ice. However in prolonged periods of snowfall the snow can fall at a rate faster than the salt can mix with the snow which means the snow may accumulate.