We are investing in cycling infrastructure around the city, new bike lanes and secure parking are improving safety for Nottingham’s cyclists whether you’re new to cycling or a regular rider.

The first two-way segregated cycle track in the East Midlands connects the city centre with the Queen’s Medical Centre, the University of Nottingham and the west of the city.

Connecting the station with major employment sites such as BioCity and then on to the newly constructed two-way cycle track along Daleside Road to the east of the city.

We have been reviewing a major cycle corridor improvement along Mansfield Road and Hucknall Road to the City boundary.  The development of proposals is taking longer than anticipated. As a result we are looking at alternative routes to use in the interim from the City centre connecting to Hucknall Road.

We have started to improve the shared path for cyclists and pedestrians along key sections of the ring road from the Queen’s Medical Centre to Mansfield Road. In Spring 2018 the council will resurface the northern side of the ring road between Nuthall Road and Nottingham Road and will look to improve crossing facilities at junctions.

We have been awarded funding from the European Regional Development Fund to upgrade sections of the path along the River Leen, we are working with developers to fill in gaps alongside new development and conservation teams to ensure that biodiversity is maintained along the river. More on this project here.

The crossing facilities on Maid Marian Way at the junction with Friar Lane have been upgraded to toucan crossings for use by both cyclists and pedestrians. This improved crossing provides a vital link between the north/south city cycle route, the castle area and the heart of the city. 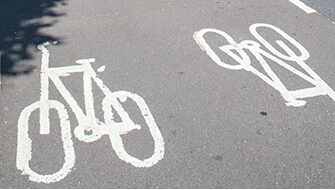 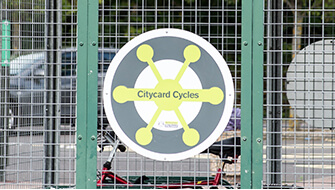