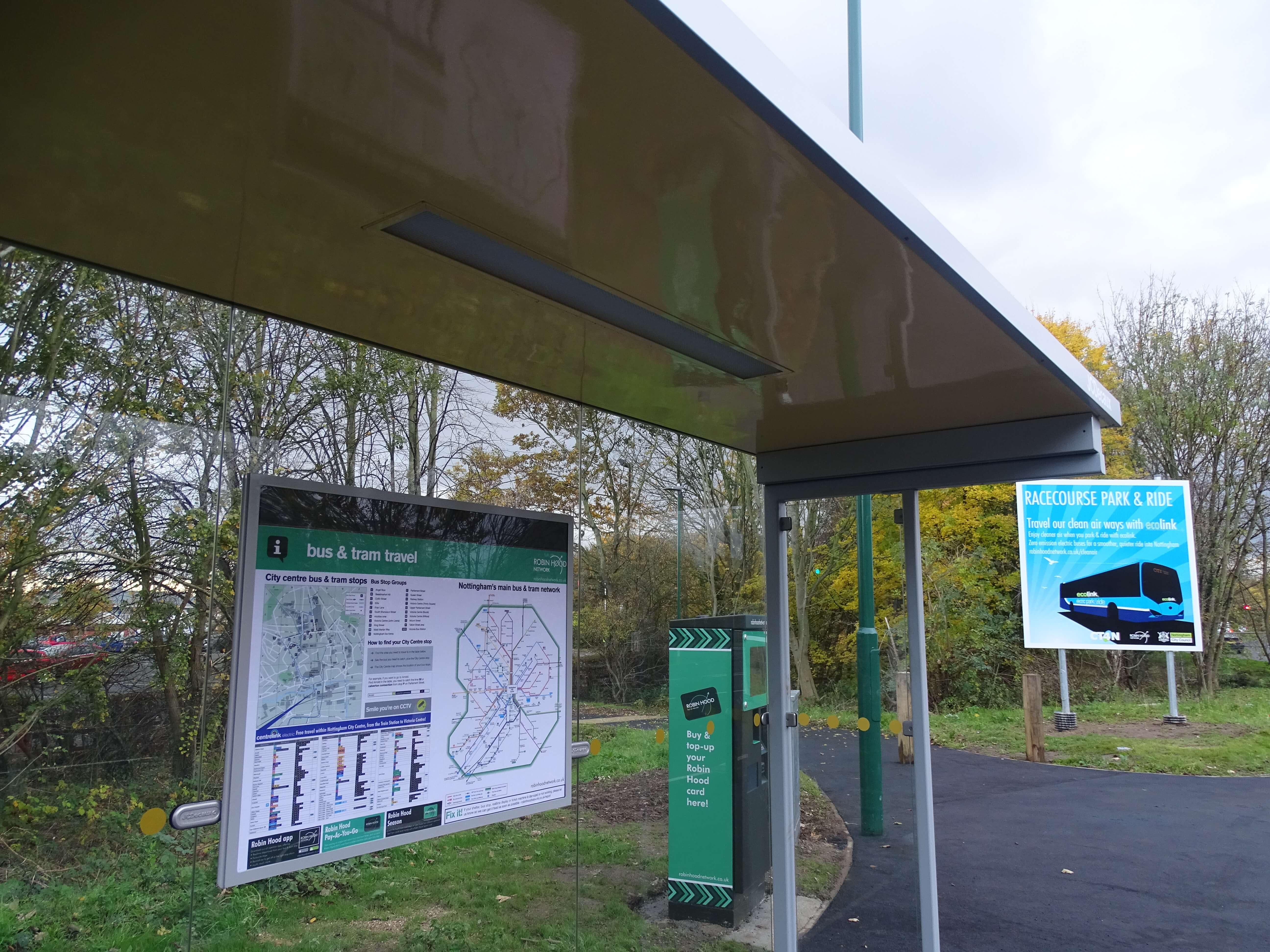 The Ecolink bus will take a new route from 20 November to improve journey times and allow better access to key business and services.

There are two main changes to the service. Firstly, the stop at Colwick Racecourse Park & Ride will move onto Daleside Road, which will speed up journey times in both directions, as buses will no longer have to divert off the main route. The stop will be connected to the car park by a newly built walkway and pedestrian crossing.

The second major change to the route will see Ecolink divert to service the NHS Urgent Care Centre and Bio City. The amended route towards the city will turn left on Manvers Street down City Link stopping by the NHS urgent care centre within striking distance of the BBC and Premier Inn. The bus will then turn up Lace Way, past the new 700 space car park currently under construction at the Island Site and BioCity before re-joining the original route on Pennyfoot Street.

Travelling away from the city, the Ecolink will turn right on the London Road roundabout and then left past the BBC, stopping by the NHS urgent care centre before continuing along City Link past the new car park and re-joining the original route on Manvers Street.

“The new route is part of the ongoing improvements to Daleside Road. The installation of the bus lane along with the revised route will speed up journey times in both directions,” said Councillor Sally Longford, Portfolio holder for Neighbourhood Services and Local Transport. “In addition to the revised route, new bus shelters and real time information signs will be installed to provide a better service for passengers.”

Ian Combellack: General Manager, Nottingham Community Transport said “We’re confident that the changes to the stopping arrangements on Daleside Road and the new route serving City Link, will be attractive to both existing and new customers.”