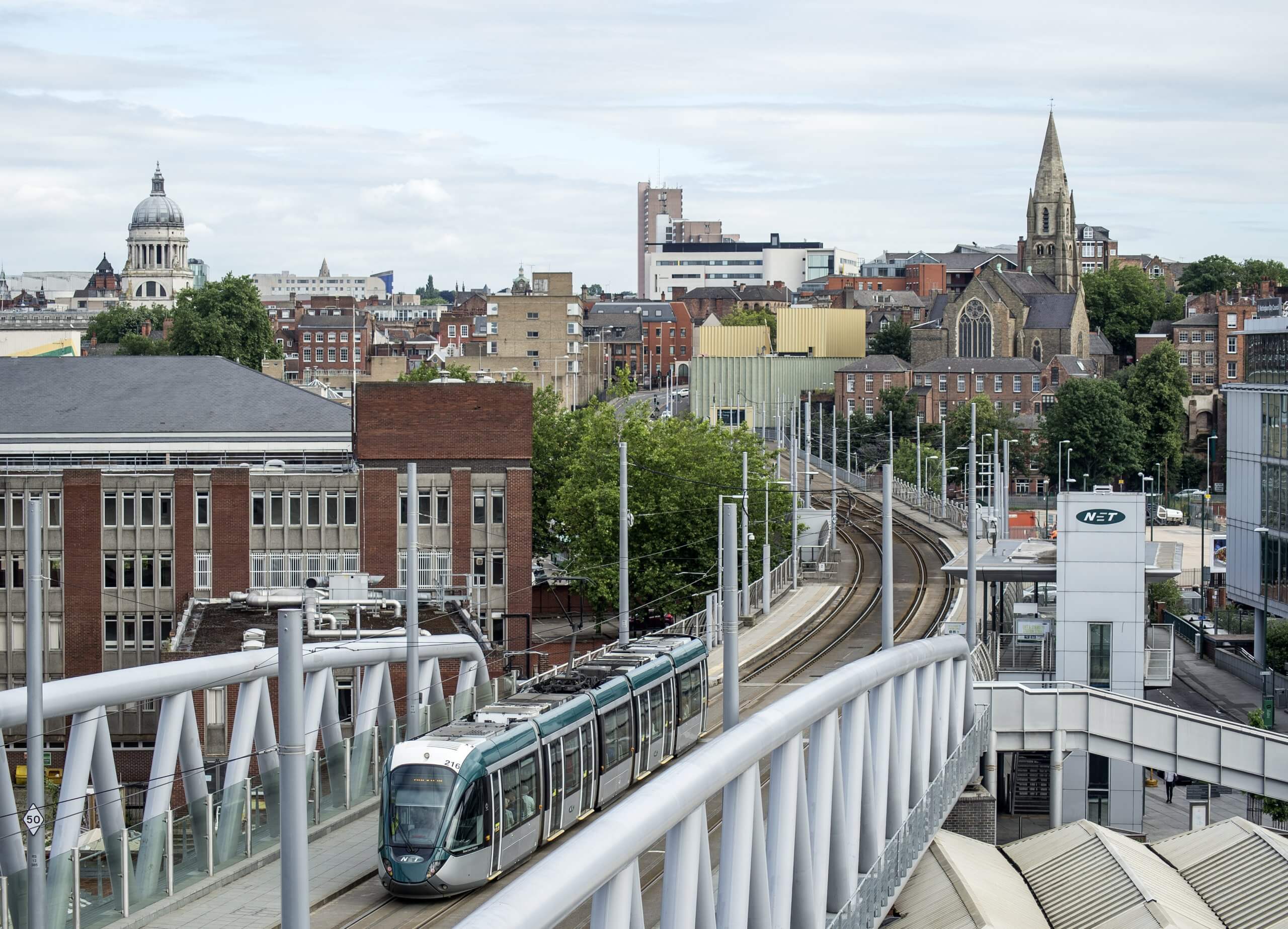 Introducing the UK’s first Workplace Parking Levy was at the time a bold and innovative move by a council already at the forefront of developing an integrated and sustainable transport network.

Ten years on and we remain at the vanguard and several UK Local Authorities are actively developing their own schemes based on the Nottingham WPL model with support from experienced Nottingham officers.  There is considerable international interest in Nottingham’s scheme and the fact that the scheme has just won another award, this time from the Chartered Institute of Logistics and Planning, emphasises that wider recognition of this ground-breaking scheme is still happening. In Nottingham we now take it for granted, but visitors and other cities look on our top-class public transport with admiration and envy.

Since its introduction back in 2012, the Workplace Parking Levy (WPL) has raised over £90m for sustainable transport in Nottingham. The scheme was introduced to tackle congestion growth by offering high quality, affordable and reliable alternatives to driving into the city and acting as an incentive for employers to manage their workplace parking. Money raised by the scheme is ring fenced and spent on public transport or active travel improvements.

The impact of WPL funding can be seen across the city in fantastic new transport infrastructure, but there is also a deeper story. WPL money has been used to unlock over £200 million in additional grants which have had an equally significant impact. Not just on the way we travel, but the way our streets look and feel. For example, Nottingham City Council was awarded £600,000 from the Heritage Lottery Fund to restore the historic shop fronts along Carrington Street back to their former glory. If the work to renovate Nottingham Station using WPL money had not already taken place, it is unlikely the surrounding area would have received this restoration.

Money raised from the WPL was used to help fund NET Phase Two – doubling the existing tram system. This network now has 50 stops and (pre-pandemic) carries people on around 20 million trips a year. The tram connects 1270 workplaces to which around 55,000 employees commute, including 2 of the 3 largest employers in the city and offers a clean, green alternative to the car. The tram serves 20 of the 30 largest employers in Greater Nottingham who are within 800m of a tram stop.

Nottingham Station is now the busiest in the East Midlands and it’s hard to remember the car dominated forecourt that existed before. WPL funding has truly revolutionised this gateway, and the redeveloped station presents a much more welcoming and fitting entry point to our fantastic city then it did before. Not only is the now pedestrianised Station Street more welcoming with street food vendors and pavement cafes – but heritage funding has also been used to restore the historic shop fronts of Carrington Street and beyond. Once the works around the Broad Marsh area are complete, this will extend all the way up to the city centre.

WPL funding is used to support the Linkbus network and helped to create the UK’s first all-electric park and ride site. Linkbuses provide a valuable service running on routes that would not otherwise be commercially viable for operators – this helps to connect our communities and ensure that everyone in Nottingham is within 400m of a bus stop. Nottingham has one of the largest fleets of electric buses in Europe and the world’s largest fleet of bio-gas double decker buses.

Car ownership in the city is much lower than the national average, yet congestion has been a real problem and Nottingham residents have to deal with the negative impacts of heavy traffic across the city such as poor air quality and congestion. What made WPL so innovative was the idea that the ‘polluter pays’ – driving is still an option, but the negative impacts on those who aren’t driving must be paid for by those that do.

WPL itself only has a modest direct impact on traffic as commuters choose alternatives to the car, but the initiatives it funds are helping to hold congestion levels steady, against the national trend and resulting in lower congestion growth than average for comparable cities in England. The WPL has had a 47% constraining effect on congestion growth that is saving business £5.5m per year and the council £15m per year, as well as helping to improve air quality as it has reduced CO2 emissions by 5780 tonnes.

We may not always be able to see it, but air pollution is a national issue that is seriously affecting people’s health. Nottingham was one of a number of cities which were called on by the Government to implement policies to reduce air pollution; as a result of this order, other cities have had to introduce a chargeable Clean Air Zone.

Because of the WPL and the massive investment already made in public transport, Nottingham did not require such drastic action. Due to the tram and the electric bus network, our public transport system was already far cleaner than many of our neighbours, and in those areas of the city that had unacceptable levels of air pollution, the cause was older, polluting diesel buses. To combat this, we were able to either upgrade or replace older buses to a minimum standard of Euro VI diesel (the least polluting) or better. Once these upgrades had been made, Nottingham had met the air pollution limit and was the first city to have its clean air plan signed off by Defra.

Big new infrastructure projects like the tram are really transformative, but we have also used Workplace Parking Levy Funding to help businesses on a micro level. The Workplace Travel Service provides grants to Nottingham-based businesses to help their employees make more sustainable travel choices. Grants can be used to install showers, lockers and bike stores or electric vehicle charging points. The idea is to offer employees choice and flexibility to give real alternatives to the car.

Offering people high quality, affordable alternatives to the car is the key to keeping the city moving and giving people more flexibility and choice over the way they travel. Nottingham has one of the highest public transport uses outside of London, currently over 40% of journeys into the city centre are made by public transport—well above the national average—and pre-pandemic, this is increasing year on year.

Ten years ago, when the scheme was first introduced there were fears that businesses would choose to leave the city to avoid the charge. Time has proved that this is not the case, and there is no evidence that any businesses have left Nottingham due to the WPL. In fact, many have invested here in the knowledge they may have to pay. Nottingham is an attractive place for employers because of the investment in good alternatives to commuting by car. Employees have more options of how to get to work, better cycle facilities and award winning public transport, meaning that Nottingham is attracting investment rather than losing custom.

Compliance is high and more money is reinvested

There was early resistance from some in the business community to the idea of the WPL, but we have had 100% compliance from day one. The WPL is a more efficient way of collecting this form of tax then a congestion charge zone or clean air zone. Alternatives such as road user charging has high overheads – as ticketing, cameras and other enforcement needs to be paid for – which can dramatically reduce the amount of funding raised to be ploughed back into the transport system.

We are taking the climate emergency seriously and have set out our ambitions to become a carbon neutral city by 2028. A massive part of this work is in decarbonising transport. We need to work to provide good value, reliable and green alternatives to the car and the WPL is one of the key ways in which we can fund this.

The pandemic has fundamentally changed how and why we travel, but the work Nottingham has done over the past decade to offer choice and flexibility will prove vital in rebuilding our economy as we learn to live in the ‘new normal.’ The Workplace Parking Levy has not always been popular, but it has given our transport network a strong foundation on which we can build better, greener and more reliable travel options for our city.