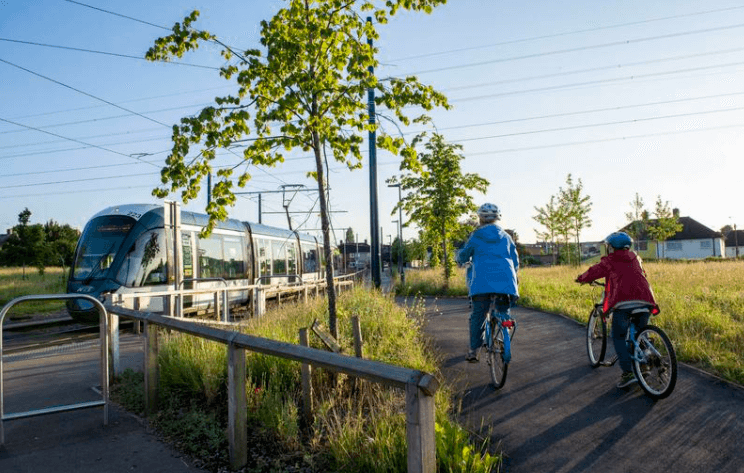 How you travel can make an impact in the fight against climate change. So, why not leave the car at home and rethink your travel habits?

So what is climate change?

Climate change is essentially the long-term shift in earth’s weather patterns and average temperatures on a large scale. Whilst this does happen naturally, human activities such as burning fossils fuels, cutting down trees, and raising livestock speed up these changes.

In 2021 so far, the UK has experienced several extreme weather events. This includes heatwaves, which saw the Met Office release its first ever ‘extreme heat warning’ and flooding in parts of the country, such as Cumbria, where more than 30cm of rain fell within 24 hours.

The UK may not feel the most extreme effects of climate change, but we are part of the problem, both today, and historically so we must be part of the solution.

The transport sector is a large contributor of greenhouse gas emissions globally, and in the UK, it is just as much of a problem. In fact, in 2019, road transport accounted for approximately 25% of the country’s CO2 emissions, with cars and taxis being the largest offender. This ranks it above all other sectors including energy supply.

Despite cars now being more efficient than ever, the increasing number of vehicles on our roads means greenhouse gas emissions from road transport are still increasing. In fact, the number of cars in the UK increased 4.9% between 2015 and 2020, meaning there are now over 32.6 million cars registered here. These numbers have resulted in the UK being ranked the fourth most congested developed country, and third most congested in Europe. The only way to tackle these problems is to reduce the number of vehicles that exist on the UK’s roads. This can only be done if there is a shift away from personal vehicles to more sustainable public transport. In doing so, both greenhouse gas and carbon emissions can be reduced. 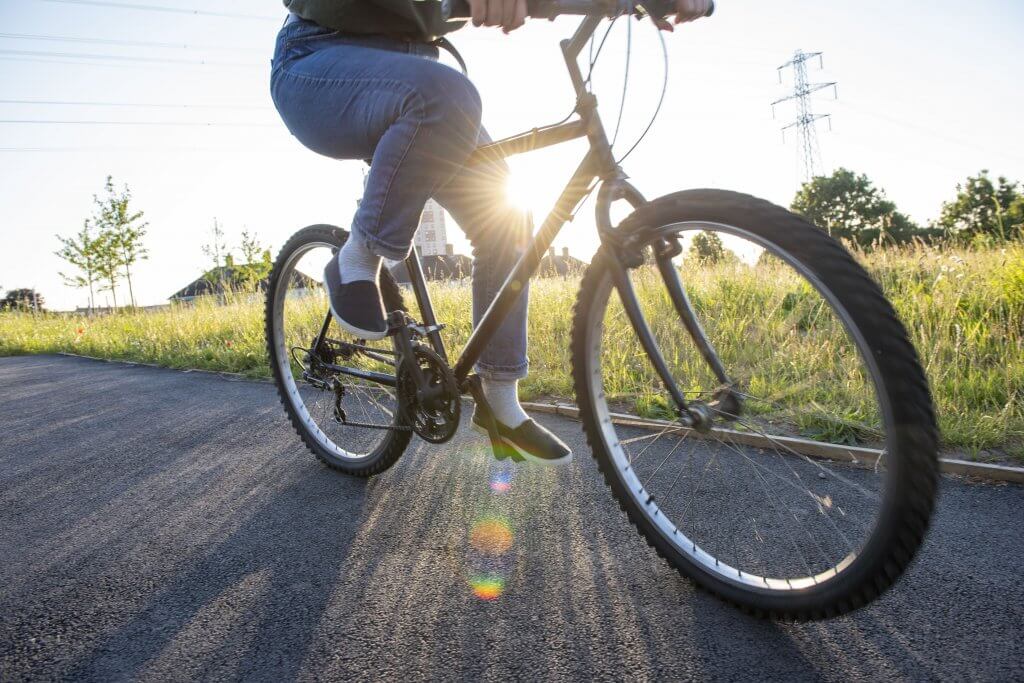 Active travel is one of the most efficient, environmentally friendly forms of transport, as well as offering physical and mental health benefits. Keeping active for 30 minutes per day can reduce the risk of heart disease by 35% and help prevent lung and chronic disease. Choosing active travel over the private car can help to reduce air and noise pollution, traffic levels and has a positive impact on surrounding wildlife. Cycling 10km to work each way saves 1500kg of greenhouse gas each year which equates to approximately 25-30 minutes of cycling each way. During peak hours, choosing active travel to get to work helps to reduce congestion and traffic levels as well as helping to keep public transport services moving smoothly.

Walking and cycling is a key component to our vision to be carbon-neutral by 2028, securing £40million from the Active Travel Fund and Transforming Cities Fund to improve walking and cycling facilities across the city. We are delivering schemes to help make cycling and walking safe, convenient, and a first-choice mode of transport. Nottingham has lots of safe, off-road, or segregated cycling routes including the Western Cycle Corridor which has seen approximately 50% uplift in cyclists. 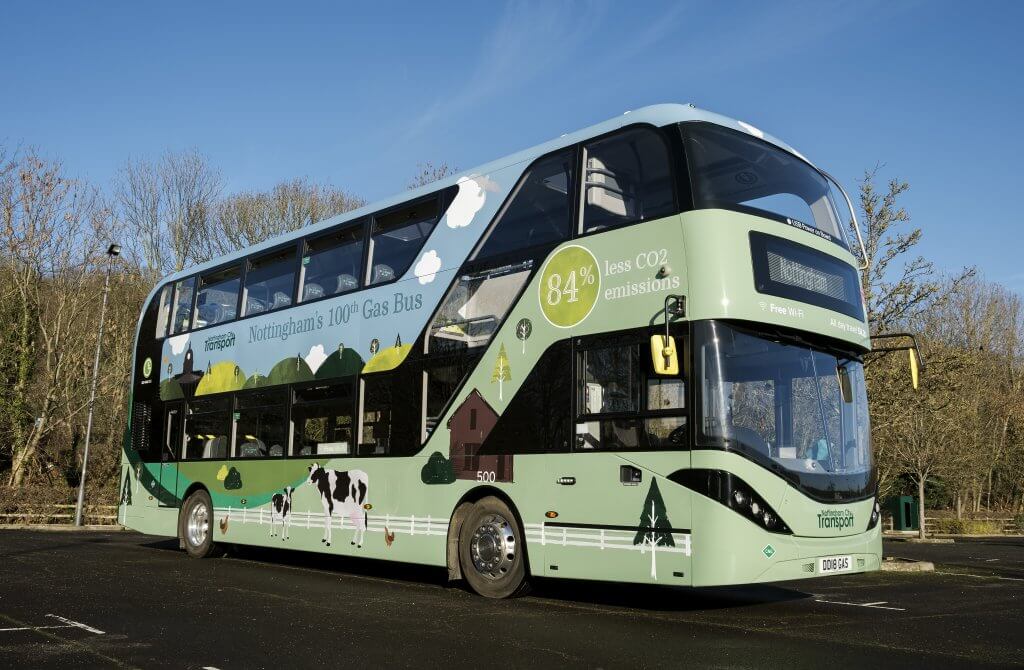 Public transport in Nottingham can play a vital role in combating climate change. The city has an expansive network of both bus and tram services at our disposal. Over 70 bus services regularly travel in and out of the city, and the tram connects over 50 stops. There are plenty of sustainable options to choose from!

Less than 50% of people in Nottingham city have access to a car. This is important in ensuring a decreased dependence on private vehicles. In fact, car use in Nottingham has already dropped 7% since 2002. This mirrors a subsequent increase in public transport use of 7%. Our decreased dependence on cars means that we are already bucking the trend in the city, with bus usage per head is the 2nd highest after London.

Nottingham City Transport (NCT) alone carries approximately 37 million passenger journeys a year! Nottingham’s tram network also carried 18.8 million passenger journeys in 2018/19, which was an increase of 5.7% on the previous year. By continuing to travel on public transport, we can improve the health and well-being of citizens, and help to decrease emissions from the transport sector that would have contributed to our warming climate.

In Nottingham, we are making sure that the public transport network is as clean and green as possible. The tram runs on 100% renewable energy and 120 biogas double-deck buses operate within Nottingham City Transport’s fleet. This will help to reduce greenhouse gas emissions by up to 84% when compared to a double-deck diesel equivalent. The introduction of these shiny, new buses allowed NCT to remove some of their oldest diesel buses from service. The biogas buses reduce the amount of food waste that ends up in landfills, which would biodegrade and emit harmful gases. Instead, the methane is captured, treated, and converted into fuel.

The council and transport operators have also been working together to ensure that all buses in the city are Euro VI compliant. This means that even the remaining diesel double deck buses are as clean as they can be, and cleaner than most typical diesel cars!

By choosing to travel by public transport at least once a week, you can reduce both yours and the city’s carbon footprint. There’s plenty still to do in the fight against climate change – but by rethinking how we travel can have a real impact on harmful emissions. 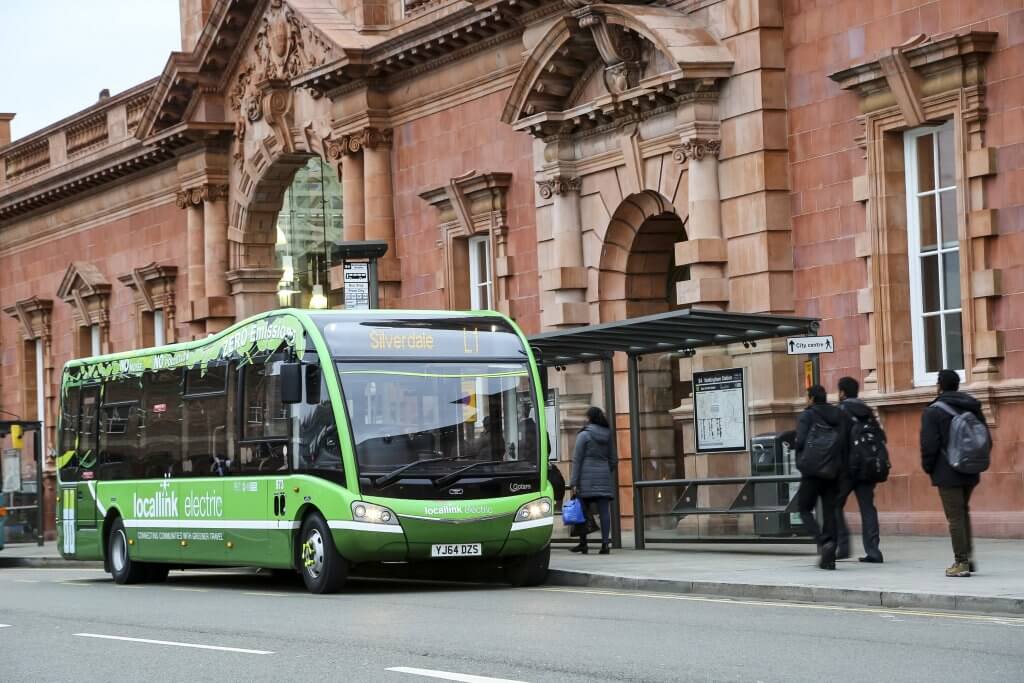