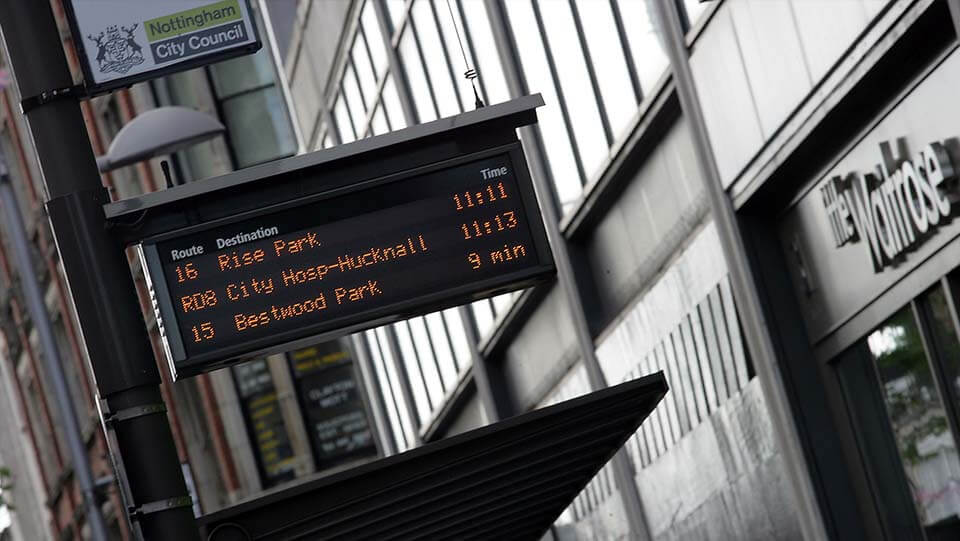 Real time information is one of the main ways we can help to keep Nottingham Moving in the 21st Century. Public Transport Team Leader James Howe explains how this works for buses across the city…

Not that long ago people would know the times of certain buses – catching the 07:47 to work or that the 23:20 was the last bus home on a Wednesday night. Failing that you could always consult a timetable when you arrived at your stop. But things don’t always work perfectly in the real world and buses can’t always run exactly to timetable. If there is heavy traffic on the route or an unexpected diversion there can be delays to service and people expect more information and a higher level of customer service today – which is where real time information comes in.

Real time information removes the uncertainty when waiting at a bus or tram stop – not knowing if you’ve just missed a bus or if there’s been a delay. Accurate live information helps you to make informed decisions about your journey. This information not only displays on electronic signs at bus stops and in the Victoria bus station but also feeds into the Robin Hood Network App and website. 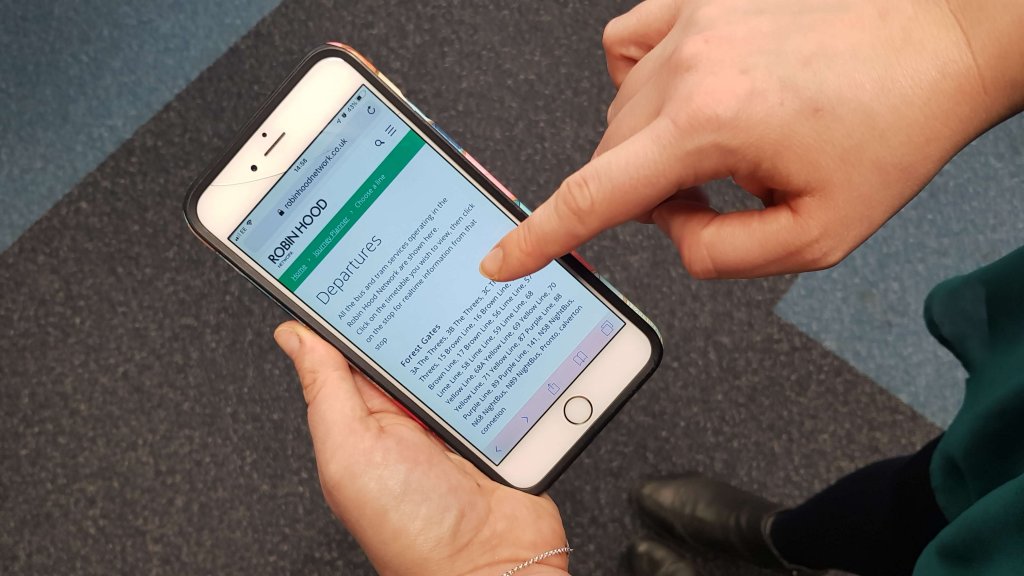 How it all works

Each bus is fitted with a GPS tracker, which relays its whereabouts to a central database. This information is individually curated for each sign in our network of 1,800 screens to tell you which bus will be next to arrive, and how long you’ll have to wait. It was initially developed so the bus companies could keep track of their buses and help them improve their operations, but quickly this became a valuable customer service in its own right.

When the signs at stops don’t work

We’ve had the real time system for over a decade and some of the older equipment is starting to show its age. Often if there’s an issue, it could be the signal to the stop so a simple reboot will fix it, other times it’s more complicated and we have to get Western Power Distribution to fix electrical issues which can take a few weeks.

We know it can be frustrating when the signs are down – which just show how integral real time has become in our everyday lives! We’re working on a major overhaul of the entire system which will increase reliability and future proof it, but this will cost a significant amount of money and we’re waiting to see if we will receive funding from central government. In the meantime you can still access real time departure information for your stop using the Robin Hood App or online.

If you spot an issue with a sign please let us know at realtime@nottinghamcity.gov.uk or via @Transport_Nottm on twitter and we will do our best to help.

Sometimes it will say arrival in 5 mins for longer than 5 mins – why does ‘time stand still’?

We get asked this question a lot – it can seem strange when the arrival time stays the same for several minutes. This is because the GPS tracker on board the bus reports back how far away from the stop it is and calculates how long it will take based on the previous buses on the route. In effect the GPS doesn’t ‘know’ about external factors such as traffic or roadworks, but if the previous bus is running a little late it will recalibrate the estimated arrival time.

However, if the conditions change dramatically – for example if there is an accident – a bus may be 5 minutes away in terms of distance but if there’s traffic, in reality it may take 10, and the sign will continue to show 5 minutes until the bus is moving again. Time has ‘stood still’ because of disruption on the route and the system doesn’t count back up – so you’re not stuck in a time loop!
When there are disruptions to services we’re often able to provide a bit more information to people stood at stops – you may have seen these messages display at the bottom of the real time signs.

Why isn’t there a real time sign at every stop?

Our aim is to have real time display signs at every stop but it’s not always possible or practical to do so. For instance, at some stops the pavements are too narrow or we can’t access the electrical connection required or it would be prohibitively expensive to install. There are also issues with demand – for example stops near the end of a route where few people board the bus. Real time information does exist for these stops however, and can be accessed via the Robin Hood App or online – and if all else fails we do still keep things old school and there will always be a trusty timetable! 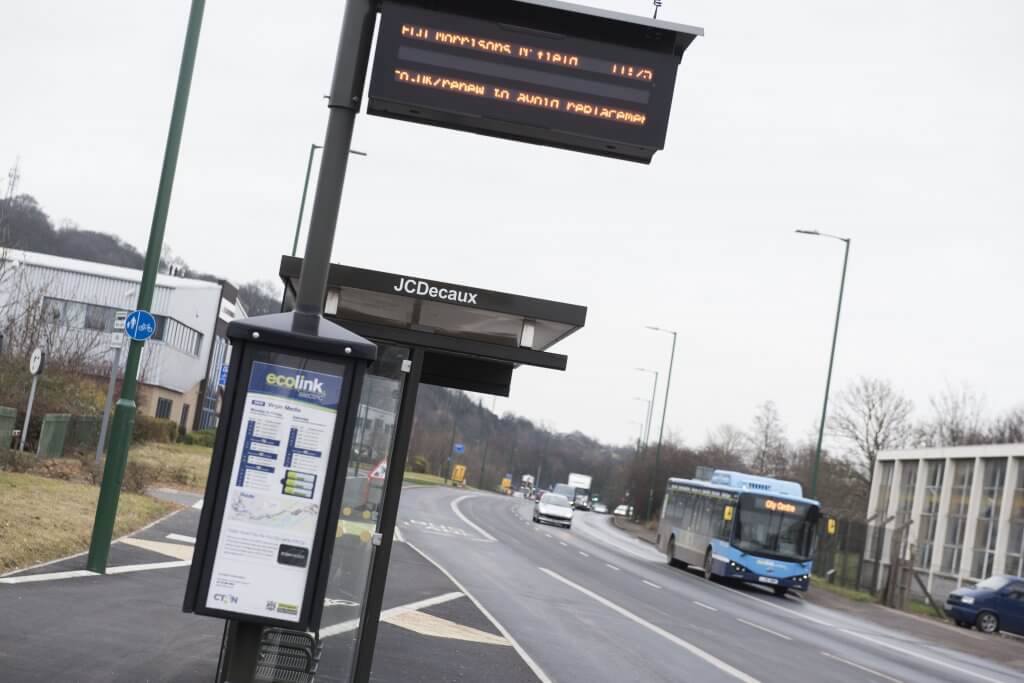