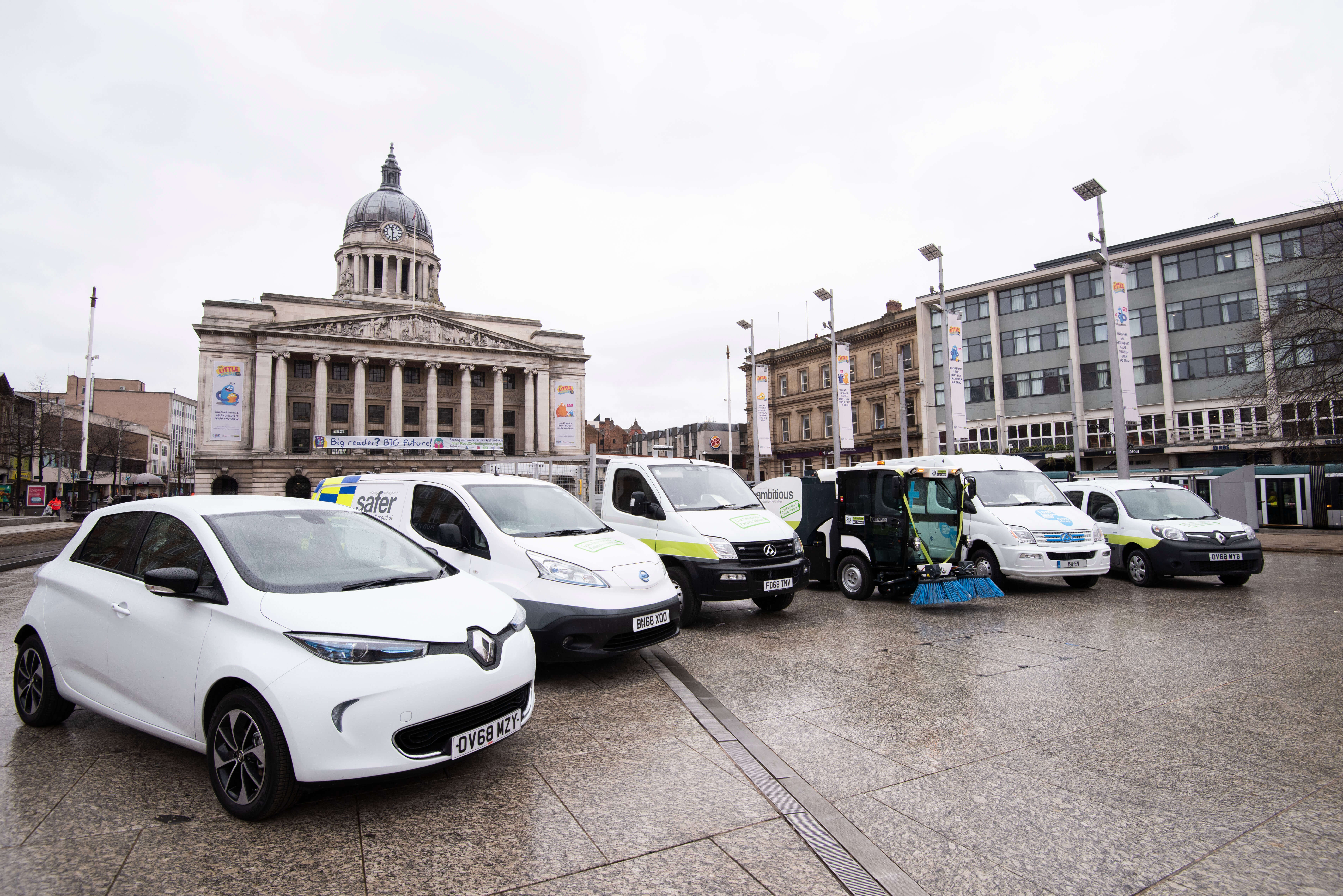 We don’t just talk the talk when it comes to green vehicles – we’re well on our way to converting our own fleet too.

Our fleet is well on the way to become a cleaner, greener unit; a key part of our Local Plan to improve air quality in Nottingham. With an original aim of converting 22% of the fleet to Ultra Low Emission Vehicles (ULEVs) by 2020, we’re already passed this.

There are already more than 50 ULEV cars and vans, with a further 40 diesel and petrol vehicles being converted. The council is making great strides toward reducing the carbon and nitrogen dioxide impacts of transport in Nottingham. 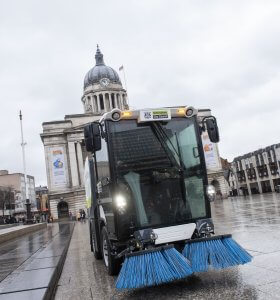 Launched this March, four electric street sweepers began cleaning Nottingham’s city centre streets. These save at least £20,000 each year on fuel costs alone. Not only are they cleaner for the air, they’re also considerably quieter in operation, resulting in less disturbance for the citizens of Nottingham.

Councillor Sally Longford, Portfolio Holder for Energy and Environment, said: “Our street sweepers are out every evening and early morning keeping our city centre clean, so it’s fitting they’ll be much cleaner themselves! We’re the first council in the country to use this exciting new technology and we’re proud to continue to lead the way in lowering emissions and improving air quality.”

Along with the street sweepers, the fleet also includes three 3.5 tonne electric cage tippers, used to empty public litter bins. These came into service in January.

As an alternative consideration, we’re thinking ahead: the V2G project. V2G is the Vehicle to Grid project, where 40 V2G capable electric vehicles (EVs) will be used as part of an integrated system combining vehicles, battery storage, solar PV, and a smart management system. This aims to work out how EVs, storage and on-site generation can help to optimise charging, and maximise the use of renewable generation and help to balance the grid.

How does it work? A stationary battery forms part of a load balancing system. It can be used to store energy generated by the solar PV, as well as energy taken from the 40 V2G capable EVs. The stored energy can then be diverted to where it is most beneficial. For example, it could be used to power buildings and EV chargers on the site during periods of peak demand, instead of importing the electricity at a higher cost. Alternatively, it could be sold back to the grid. This effectively will allow us to balance the grid load, lower costs, and reduce reliance on the grid.

Children using Nottingham City Council’s passenger transport service are now benefiting from greener, cleaner minibuses. The first five electric minibuses to be used by a local authority in the UK have been deployed, with plans for a further four if the vehicles are a success. These are being used by children with special educational needs and disabilities who attend Oakfield School.

These are beneficial to children with respiratory issues, especially when loading vehicles with wheelchair bound children, as the extended idling time now does not involve harmful emissions being given off near children. One of the minibuses has solar panels on the roof to help recharge the battery as part of a pilot scheme to reduce time needed to recharge at the depot. 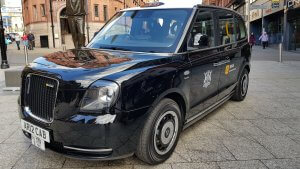 All Hackney cabs licensed from 2020 must be at least Euro 6 emissions standard, and from 2025 only ULEVs will be registered. This presents a great opportunity to make the switch to ULEV to stay ahead. The council has bought three ULEV taxis which drivers are able to borrow for 30 days at a time. This provides an insight into an ULEV taxi for the drivers and allows drivers to see the reduced “fuel” costs.

As part of the works to increase the electrification of vehicles throughout Nottingham and the surrounding areas, the first ULEV only service centre run by a local authority is being deployed. Nottingham Electric Vehicle Services (NEVS) will offer MOTs and servicing to electric cars, vans and taxis, as well as specialist fleet vehicles such as street sweepers and cage tippers. NEVS will provide a hub for EVs in the East Midlands, helping to support the Council’s ambition to be carbon neutral by 2028. 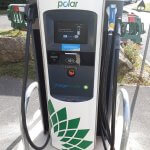 To supplement the switch to electric vehicles throughout the Nottingham area, over 300 charge points have been installed in Nottinghamshire and Derbyshire, with over 150 of these being in Nottingham city centre. These charge points will eliminate range anxiety with so many places to stop and charge.

These fleet changes should help to encourage others to make the switch and follow our lead. The Vehicle Services Centre will allow our fleet to expand, and for others to follow on in a market which is currently under served and on the verge of rapid growth.