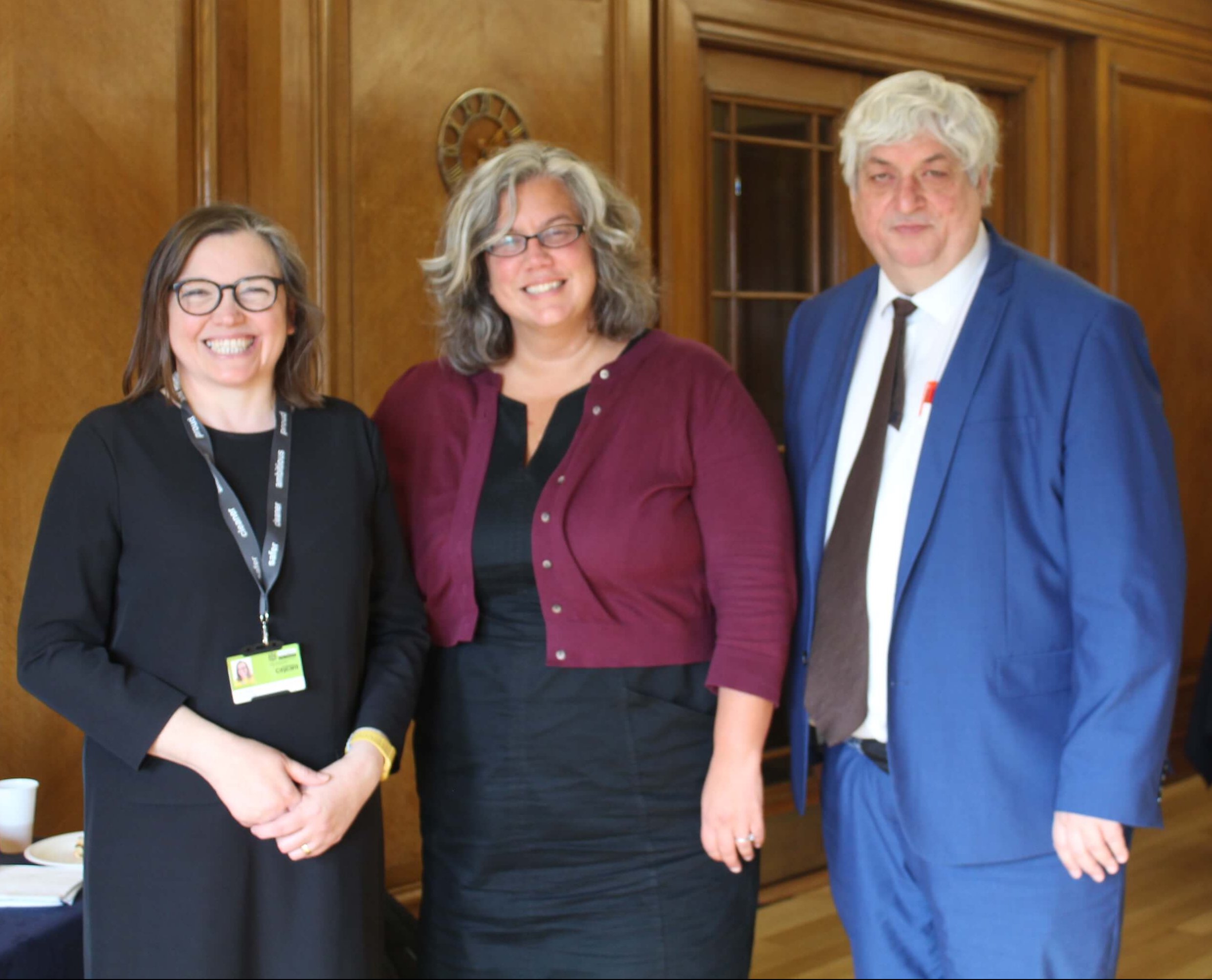 London’s Deputy Mayor for Transport Heidi Alexander visited Nottingham to find out how Nottingham is bucking the national trend and seeing an increase in public transport usage.

Since its introduction in 2012 the Workplace Parking Levy has raised around £64 million which is ring fenced to improve transport in the city. This has included funding the improvements to Nottingham Station, the tram extension, the Link bus network as well as our business support package the workplace travel service.

Councillor Adele Williams, Nottingham City Council’s portfolio holder for Transport said: “Offering people good, reliable alternatives to the car is key to keeping the city moving. Seven years on from its introduction, the WPL’s benefits are obvious – public transport usage is increasing in Nottingham, bucking the national trend. In addition to this, congestion growth has slowed in Nottingham compared to similar cities.

“The WPL has helped to support the growth of our public transport network in Nottingham. Currently over 40% of journeys into the city centre are made by public transport – well above the national average – and this is increasing year on year. Not only is our public transport growing, it’s also getting greener as we were the only city to have our air quality plans approved by the Government last year.

“London has some of the best public transport in the world, and the fact that TfL are looking to us for inspiration is a testament to the long-term transport plan for Nottingham. With declining funds coming from central Government, cities need to rethink how they can continue to support growth and combat congestion and climate change.

“Having already done the hard work and paved the way for others, Nottingham City Council is uniquely placed to provide expert advice and guidance to support any local authorities considering introducing a Workplace Parking Levy, and are happy to do so.  Our team have the knowledge and experience to deliver this and by engaging with us, the process of introducing a WPL will be cheaper, quicker and lower risk.”

Deputy Mayor of London for Transport, Heidi Alexander, said: “As cities like London and Nottingham continue to grow, it is vital for our health and prosperity that we get more people walking, cycling and using public transport as part of their everyday routine. That’s why in London we have frozen TfL fares, and are investing record amounts in infrastructure to make it easier for people to walk and cycle.

“It is clear that in Nottingham their innovative introduction of a Workplace Parking Levy is making a real difference getting more people onto public transport, alongside further improvements and investment in their transport network. As we continue to work with London boroughs on ways to reduce congestion and get more people onto public transport it has been really useful to see how a workplace parking levy can be rolled out so effectively.”