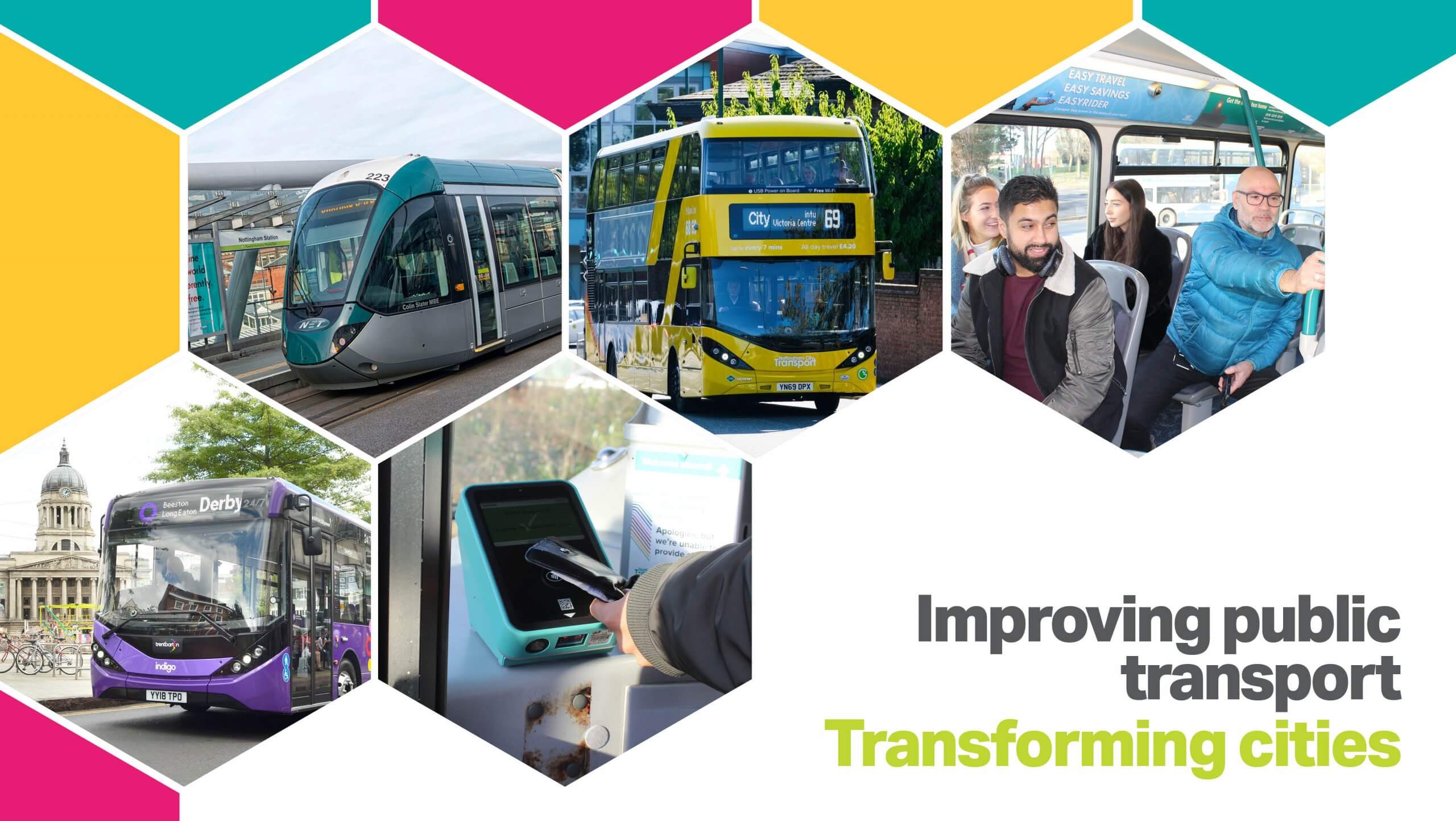 Increased capacity of tram P&R sites at Hucknall and Phoenix Park. Options assessments are currently underway to look at the number of spaces to be provided at each location in  more detail.

This project will provide centrally controlled bus priority through signalised traffic junctions, on corridors main arterial public transport corridors leading to/from Nottingham City Centre (the A60, A610, A609 & A453). Work will be undertaken on 63 sets of traffic signals across the 4 corridors to allow them to react intelligently to traffic demand and give buses priority where required.

A rolling programme has been established to deliver improvements to the four corridors through to completion of the TCF programme in March 2023.  As of the end of October the first five sets of signals had been commission on the A60 Corridor.

Design works for the A610 works are now underway and are due for completion by the end of the year.

Delivery of a new central system to provide live or scheduled journey information to the on-street digital displays across Nottingham, Derby, Derbyshire and Nottinghamshire alongside the replacement o2f old stock of real time information hardware, with TFT bus stop displays and the installation of interactive way finder totems.

The tender for the RTI Back Office System was published on 2 November with a tender return date of 24 December.

This project will provide an eastbound bus lane along Thane Road from Boots to the A52 with improved cycle links to the Nottingham Enterprise Zone, and will also include improvements to the Clifton Bridge A52 roundabout junction
Preliminary design is ongoing, with detailed design to follow in early 2022.

Develop new ticket types to offer better value and more flexible products for customers post Covid-19. Ticket currently in development to allow purchase of a set ‘group of days’ travel rather than the traditional consecutive days bundle.  This is likely to be available from Spring 2022.

Changes to improve the efficiency of bus operations at both locations and improvements to the passenger waiting facilities at Bulwell. Improvement works to Victoria bus station have been completed.   The scheme involved raising the level of the bus turning area, resurfacing and relining in order to improve the boarding threshold for passengers.  The scheme resolved a long standing issue which meant that buses could not offer level boarding at the bus station boarding bays, which was a particular issue for pushchair and wheelchair users. Changes to the layout have been discussed with NCT and are now being programmed with a view starting on site next year once the scope of the facilities upgrades have been confirmed.

This scheme will introduce physical changes at the QMC and City Hospital sites to enable easier turning movements for larger vehicles, improving capacity for the Medilink service. Scope of improvements has been agreed with the NHS Trust and works are to be programmed.

Upgrade and expansion of bus lane enforcement cameras where those in situ are coming to their end of life so are not as technologically advanced. The project will also look to develop enhancements and upgrades in the north of the city, to complement the traffic light priority and new bus lanes being delivered in the wider TCF programme. New cameras have been installed and are now operational at Derby Road, Nuthall Road and Arkwright Street.

Installation of red light camera enforcement at Carey Road, David Lane and Colwick Road. Procurement is due to commence shortly for the system at David Lane, which also includes traffic signals.  Options for Carey Road and Colwick Road are being discussed with Network Rail.

View the latest news for our transforming cities projects.

Back to Transforming Cities