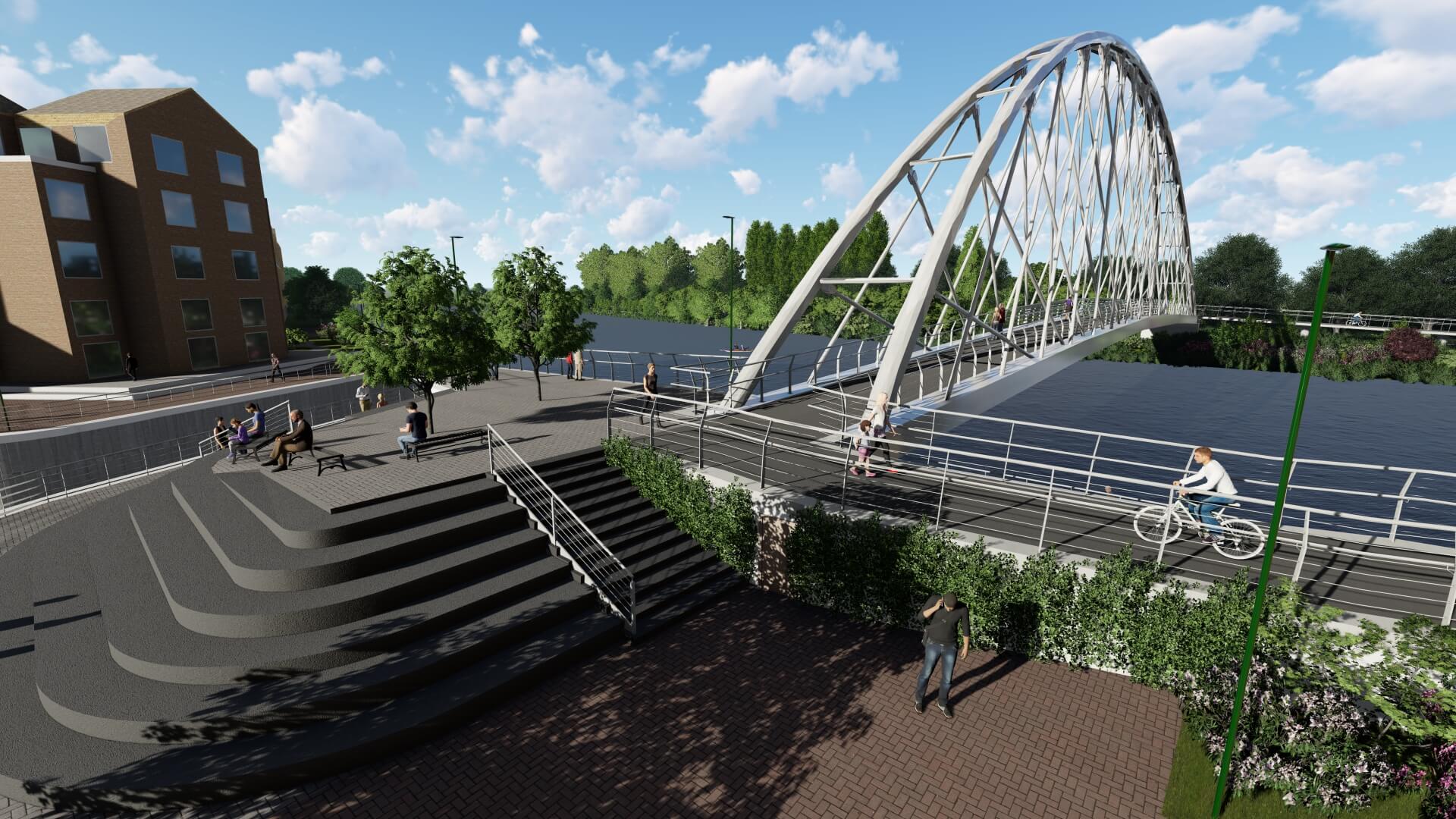 Councillors have approved the preferred location for a new pedestrian and cycle bridge across the River Trent today (Tuesday 21 December), following a recent public consultation.

The Waterside Bridge, funded through a grant secured from the Government’s Transforming Cities Fund, will provide a new, safer option for people walking and cycling between the Waterside regeneration area on the north bank, and Lady Bay on the south, offering a huge boost to the routes available for commuter and leisure trips.

In addition, new and enhanced connecting paths and crossing points will connect the bridge to the wider walking and cycling network, providing access to housing, employment and open spaces across the city and beyond.

Findings from the public consultation, which ran during November, included:

A number of concerns were also raised, particularly around the impact on residents on the north bank, and on green space on the south bank, and these will be addressed in the detailed design that will be submitted for planning permission in the new year.

The City Council has engaged directly with agencies including the Canal and River Trust and Environment Agency, along with residents living near the proposed site, and people who use the river.

Councillor Rosemary Healy, Portfolio Holder for Transport, said: “We carried out a range of feasibility work prior to the consultation which showed the preferred location offered the best connections with the least impact on the environment and existing green space, particularly to the south of the river.

“This bridge will support local, cleaner growth by strengthening links between the city and West Bridgford, providing a quieter, safer option for zero or low carbon journeys. Not only that, but it will also provide easier access to open spaces such as Colwick Park and the green spaces south of the river, offering important benefits for public health.

“Feedback from the consultation has been mainly positive, and I’d like to thank everyone who took the time to comment.”

The project is being led by Nottingham City Council, working in partnership with Rushcliffe Borough Council. Both authorities will be asked to approve the planning application.

The need for a bridge was identified in the City Council’s Waterside Supplementary Planning Document in 2019. The City Council secured £9.25m from the Government’s Transforming Cities Fund to deliver this scheme as part of a programme to invest in local transport infrastructure that will improve sustainable transport, support growth, and encourage more low carbon journeys.