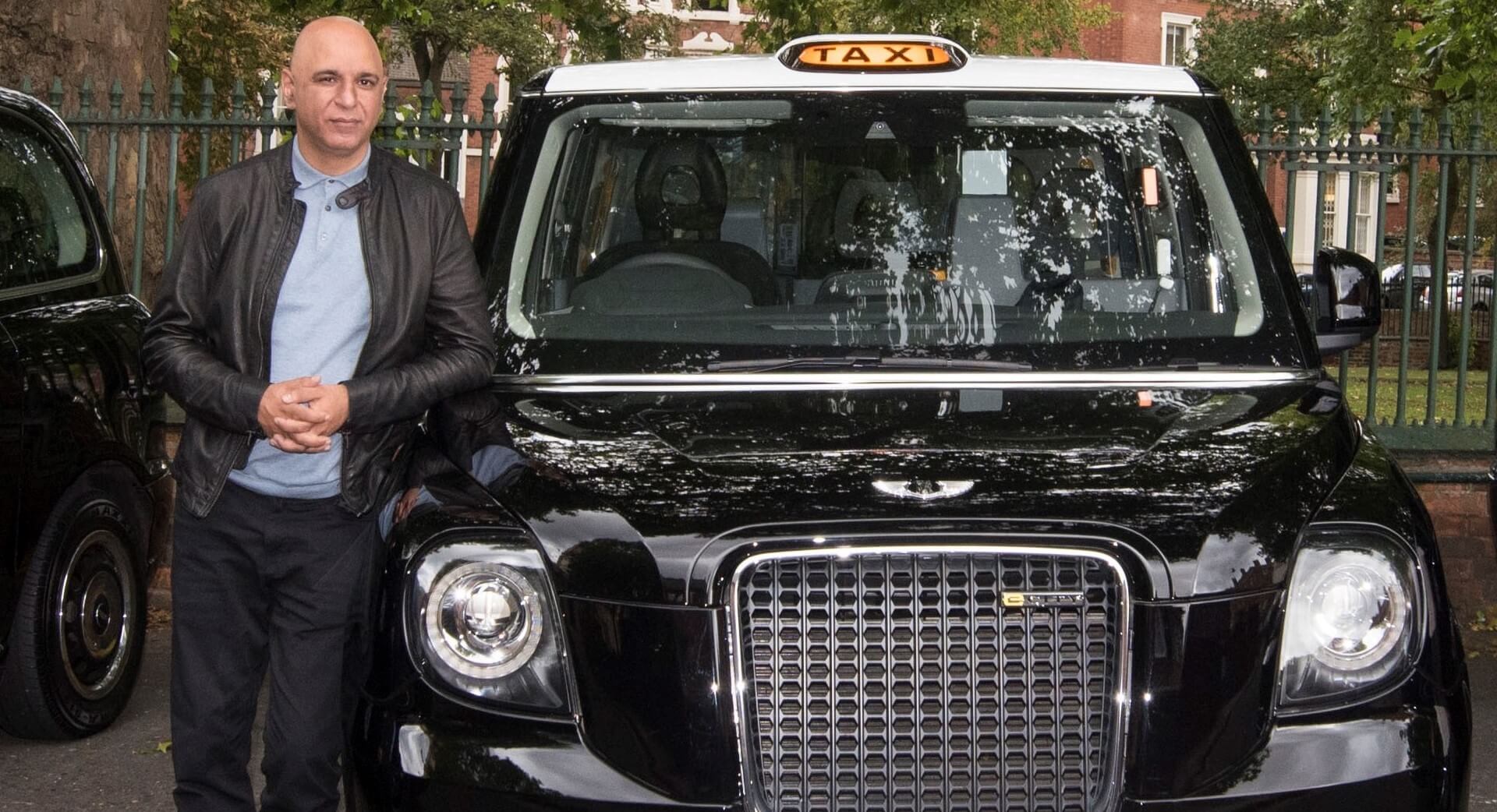 Are you ready to make the switch? All hackney taxis will need to be at least Euro 6 or ULEV by January 2020, and to all be ULEV by 2025. Together we can clean up the air in our city.

Marshall Volvo have added London EV Company (LEVC) retail franchises under their wing, with a new facility here in Nottingham. 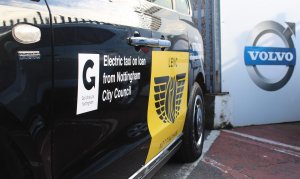 The LEVC TX is a cab that has an environmentally friendly, fully electric powertrain, as well as an extra petrol engine to extend the range on those longer journeys.

Marshall Volvo on Valley Road have taken charge of Nottingham’s Taxi Trial scheme. Hackney taxi drivers get the chance to explore an LEVC TX taxi and find out how it works and how you can fit it into your taxi business. The trial is free to any Nottingham hackney taxi driver. We also throw in free charging with every trial! Contact Amer Alam on 07794 529 982 and express your interest.

Dynamo: the first 100% electric taxi. With up to 170 miles on one charge, what’s not to love about this new electric taxi? Recently approved by Nottingham City Council Taxi Licensing, you’ll be able to complete your full day of driving in a completely clean, green electric machine. 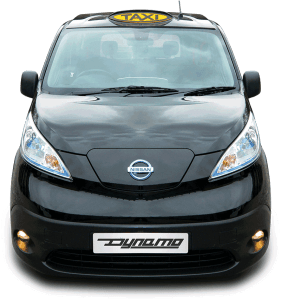 Both the LEVC TX and Dynamo taxi can save you up to £110 a week on fuel alone, with an expected cost of just £30 per week, not including the savings from any other costs that non-electric drivers face.

If you’re running low on charge throughout the day, there’s plenty of charge points around the city, a number of which are dedicated to charging up hackney taxis only, so there’s never a time you’ll need to worry about your charge.

With the release of this new 100% electric taxi, we hosted a Dynamo event on 27 November with up to 60 Nottingham drivers attending, some in the photo above.

Taxi drivers gathered to hear about our financial offer for switching to ULEV as well as the charging network they’ll have access to when they switch to an ULEV taxi.

Drivers then heard from Adam Patrick, the very first Dynamo driver from London. He spoke about how passengers love his taxi, especially because it is zero emissions. He also said he has high confidence in the vehicle, despite being the first to own one. He referred to the Nissan battery technology it uses being trusted and tested. He told us since early October he completed over 6,500 very successful miles in it.

We’re excited to announce there will be Dynamo taxi Ride and Drive opportunities in January 2020. Your opportunity to get up close and test drive the new Dynamo 100% electric taxi.

Who’s been charging in my space! 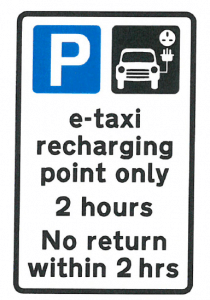 Our enforcement team will be monitoring these sites and issuing penalty notices to vehicles that shouldn’t be parked there. If drivers need to report a vehicle that shouldn’t be parked in a dedicated hackney taxi charging point they can call Parking Regulation and Compliance on 8761499 between 10.00 – 13:00 or email Taxi Licencing on taxi.licensing@nottinghamcity.gov.uk between 09:00 – 16:30.

A study from London has shown that taxi drivers are exposed to black carbon at a rate four times higher than their exposure at home or levels in an office. 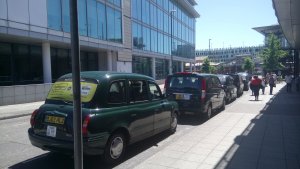 Results suggest that being inside a vehicle doesn’t offer protection, and that the opposite happens – air pollution can get trapped inside the vehicle for long periods of time. To stop the air pollution getting inside the taxi to begin with, it was shown that keeping car windows closed halved the exposure to black carbon.

Operating in the busiest and most polluted parts of a city can increase the risks of air pollution for taxi drivers. This is another reason why we believe it is important to move higher polluting vehicles off our roads, and replace them with low emission variants.

Another hackney cab driver tells us why he went ULEV 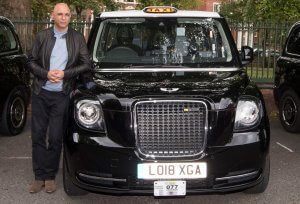 We got a chance to talk to Mehtab Alam, the second LEVC taxi driver in Nottingham. He’s been a taxi driver on/off since 1989. When he wasn’t driving his taxi, he was a civil servant at what is now known as DWP.

He’s been driving his LEVC since July 2018. “I love the comfort of the drive in my LEVC as well as doing my bit for the environment.” Mehtab said.

“I love having the range extender too as it gives me extra battery security on longer journeys.” The range extender is a small petrol engine that sits within the cab, it doesn’t power the engine but can be used to recharge the battery if needs be.

“My favourite thing about driving an ULEV is the quietness of the vehicle, as well as being green and helping the environment.”

With an electric only range of 80 miles, the daily average of 70 miles that Mehtab does means he won’t need to rely on the range extender very often, and his fuel costs remain low with the majority of his fuel being electric.

For information on how to benefit from the support available to transition to ULEVs visit transportnottingham.com/taxi