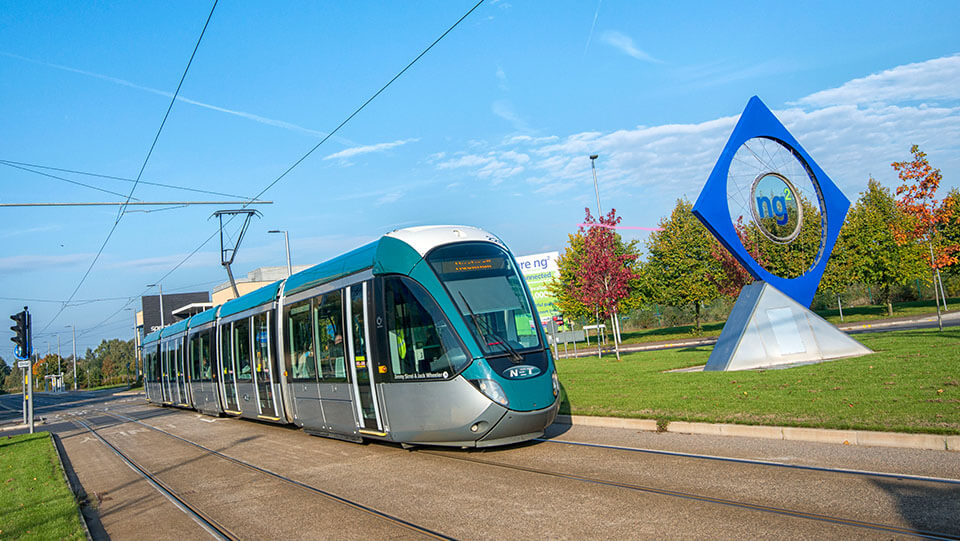 An innovative and award-winning scheme that has raised more than £44m of investment in Nottingham’s public transport has been praised by two independent bodies.

Since its introduction in 2012, the Workplace Parking Levy (WPL) has raised around £9m each year, enabling the extension of the tram network, redevelopment of the railway station and the creation of the UK’s first all-electric park and ride.

In 2017, Nottingham City Council won the Ashden Award thanks to the levy, recognising the contribution the scheme makes to sustainable transport and the environment.

Now the levy has been recognised by national bodies the Local Government Association (LGA) and the thinktank Centre for Cities, who have held up the scheme as a proven success, and an example that other councils should follow.

In a recent report, Centre for Cities suggested the WPL as one of four specific policy ideas that would help cities generate more funding and subsequent growth.

It said: “Implementing a Workplace Parking Levy would enable cities to generate more funding for public transport, therefore better connecting people to jobs and opportunities, as well as tackling congestion and pollution.”

In an earlier report on how UK cities are tackling congestion, the LGA said: “The Workplace Parking Levy has proved an efficient way to encourage people to leave their car at home and use Nottingham’s public transport, reducing journey times for those who have to use the roads.”

The report highlighted the increasing use of public transport in the city – now accounting for more than 40 per cent of journeys taken in Nottingham – and the fact that Nottingham was the only core city in England to see a reduction in journey time per vehicle mile on locally managed A roads in the morning peak.

“We introduced the Workplace Parking Levy as a way to reduce reliance on the car and make it easier to get around the city. It’s a key part of our work to keep Nottingham moving. Less traffic and improved public transport is better for residents, better for businesses, and better for everybody.

“It has reduced congestion while also generating income to provide a public transport system fit for the 21st century that businesses want.

“We’re also supporting other councils in the country looking to implement their own schemes.”

What is the workplace parking levy?

Introduced in the Transport Act 2000, allows transport authorities to impose a charge for every parking space provided by an employer. Revenue raised must be spent on things that support the Local Transport Plan.

Although the act was introduced in 2000, Nottingham remains the only authority to currently have implemented a Workplace Parking Levy