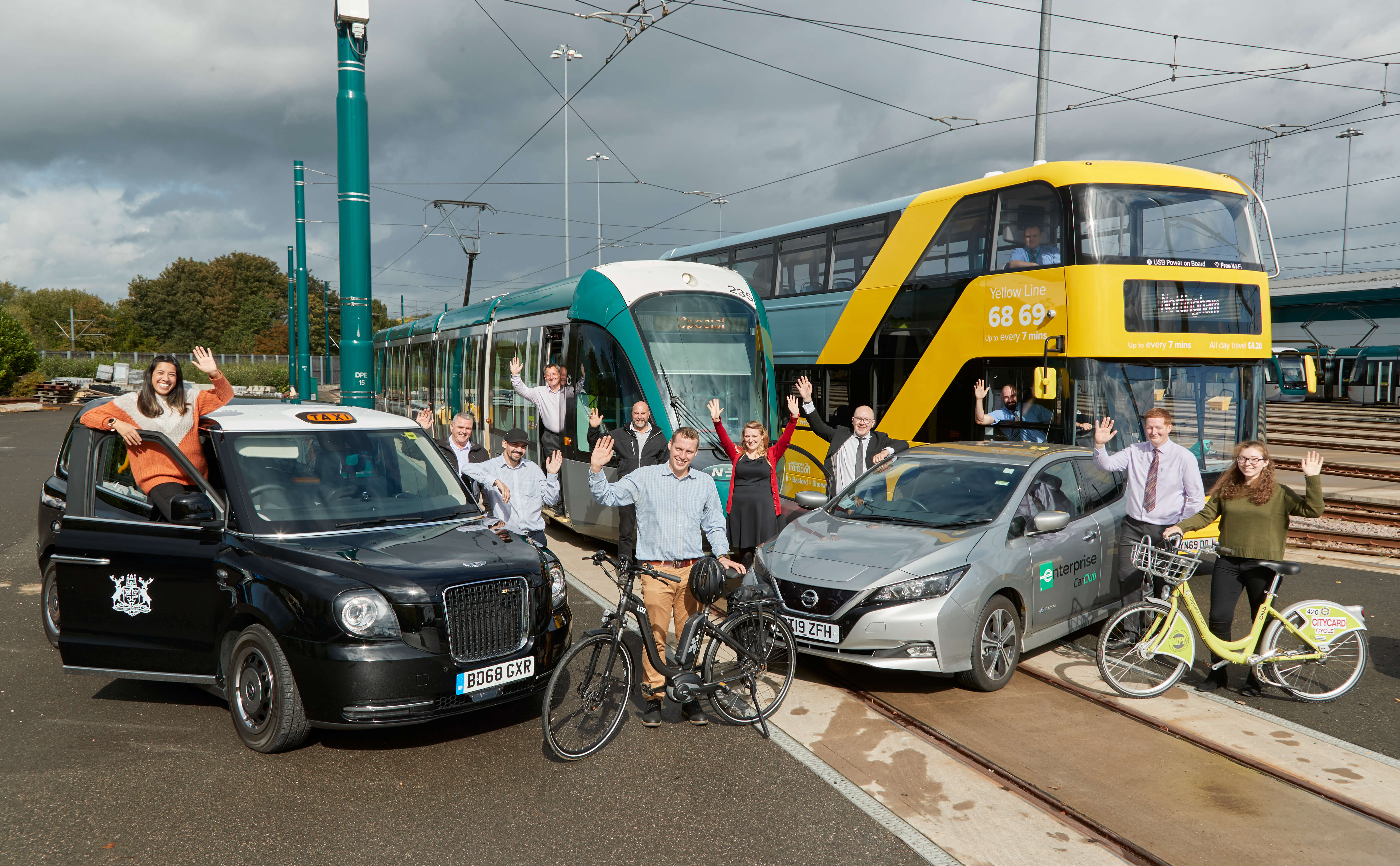 We opened a new bridge!

The Dr Stewart Adams Bridge opened over the railway line to improve access to the Nottingham Enterprise Zone. The bridge connects one of the city’s largest employers with the tram, buses and cycle routes along University Boulevard. 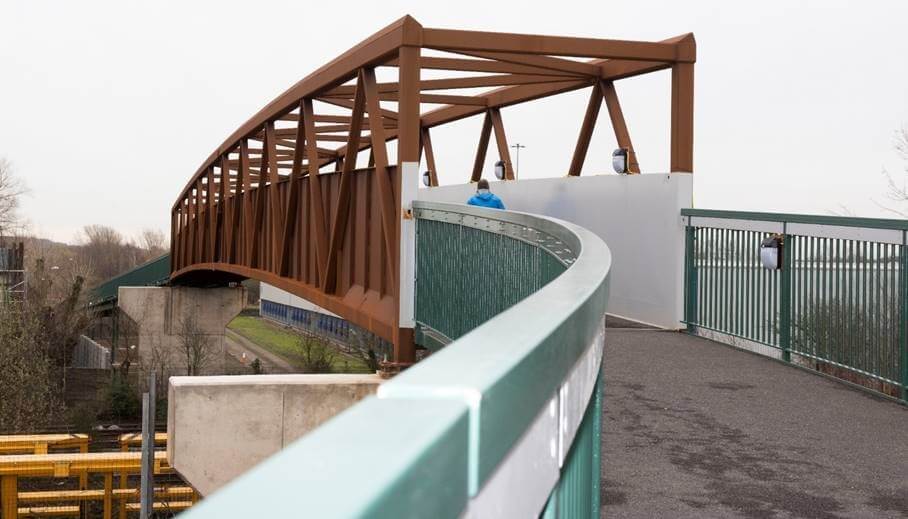 Nottingham City Council has won the title of Climate Champion at the Guardian Public Service Awards in recognition of its ambitious plans to be the first UK city to become carbon neutral. The Council was also declared overall winners on the night! It’s a great start, but there’s a lot more work still to do and we’re working hard as a city to tackle the climate emergency.

We flew somewhere over the rainbow (road)

A flash of colour on Broad Street as the rainbow road appeared to celebrate the LGBT+ community for Nottinghamshire Pride. The rainbow was used to mark the end of the pride parade but is now a permanent fixture on this vibrant corner of the city. 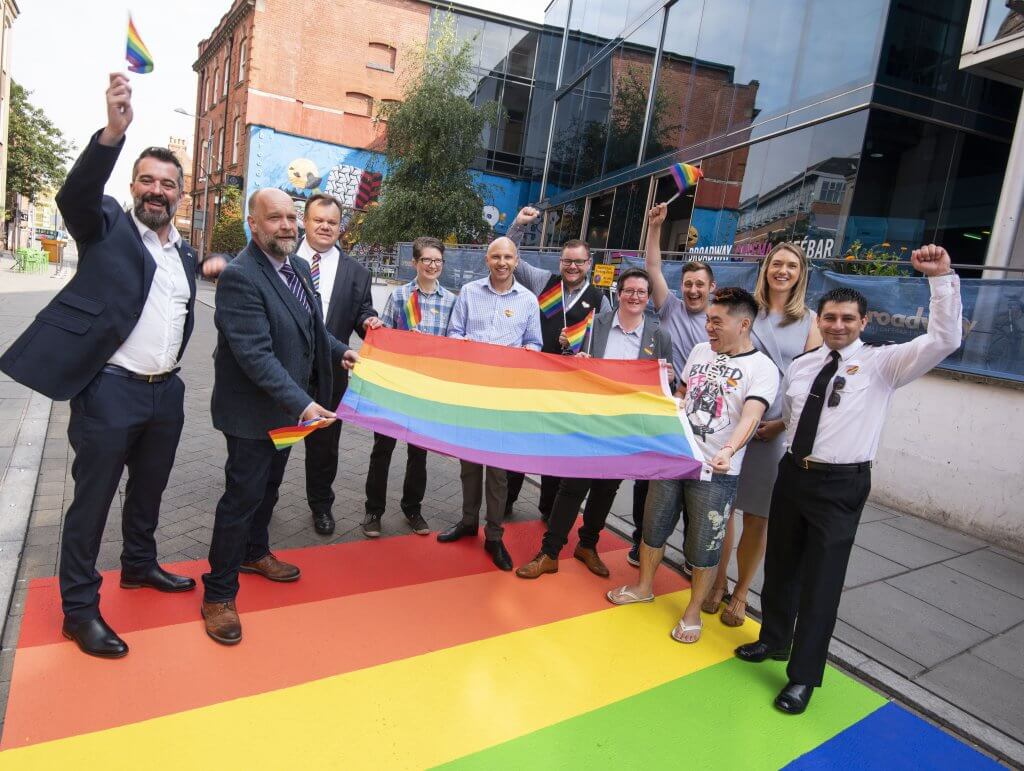 We refreshed our welcome

Our faded ‘welcome to Nottingham’ signs were replaced with shiny new ones. Robin Hood pride of place with a pop out panel to promote what’s going on in the city.

Our buses were the best (again)

Across the country bus usage is in decline, but Nottingham is bucking the trend, in part thanks to the excellent services run by our locally owned operators (trentbarton, CT4N and NCT). 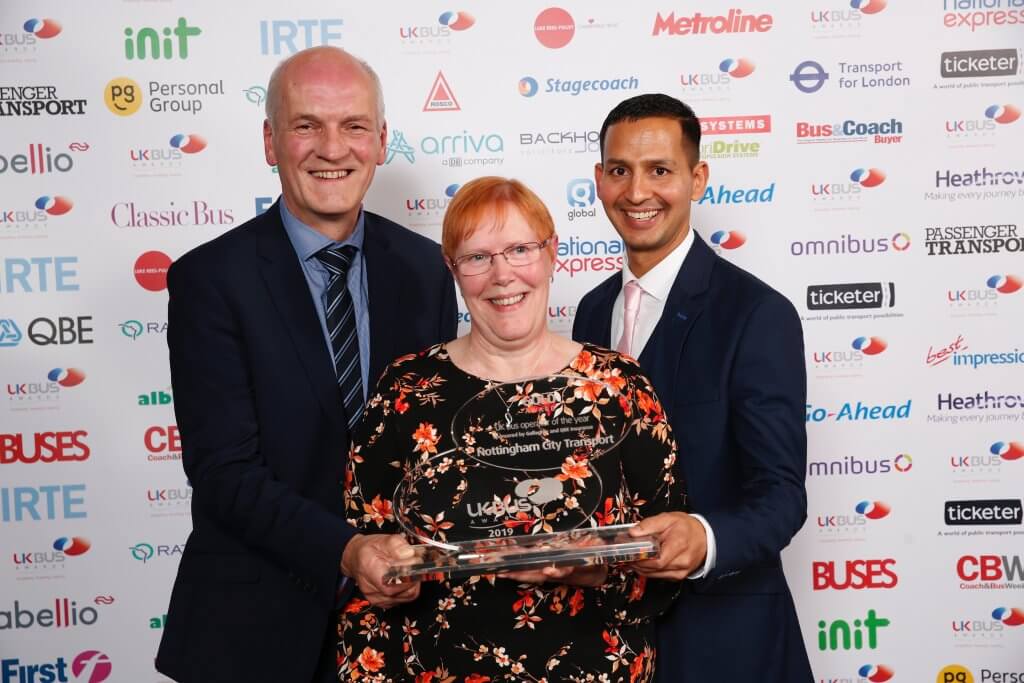 We installed over 300 charge points!

Our charge point project carried on, and we hit the 300 mark – and more. Our expanding network included the opening of the biggest rapid charging hub in the East Midlands, charge points at all our Park & Ride sites as well as local community car parks and the intu Victoria Centre. 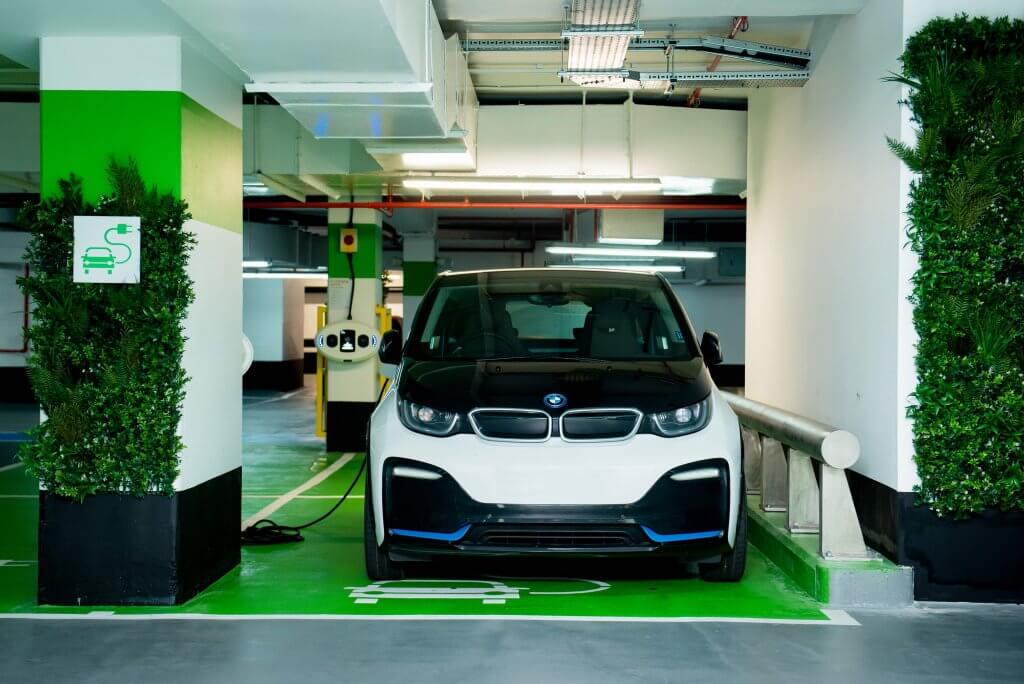 We have installed 32 new parking schemes in communities across the city to improve parking and access in residential areas. This vital works helps keep access clear so residents will never miss a bin collection or have to worry about a fire engine reaching their door. 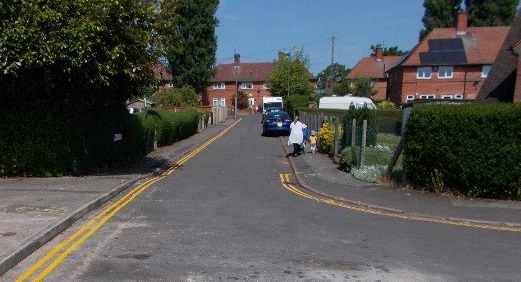 We turned a street into a park

To celebrate global #CarFreeDay we transformed Heathcoat Street into a pop-up park with family fun activities – despite the soggy weather! 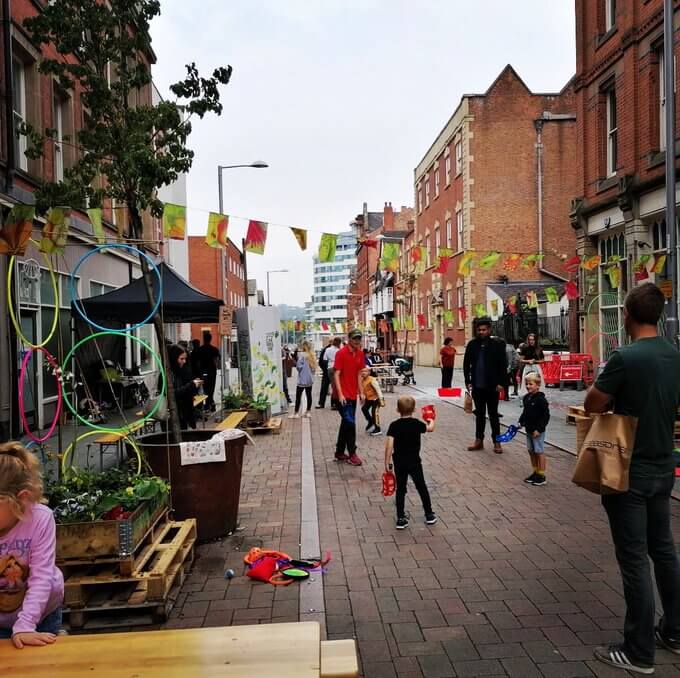 Over 300 professional drivers have now completed our cyclist awareness course, which gives drivers the opportunity to learn about other road users and experience life on the roads from someone else’s perspective. 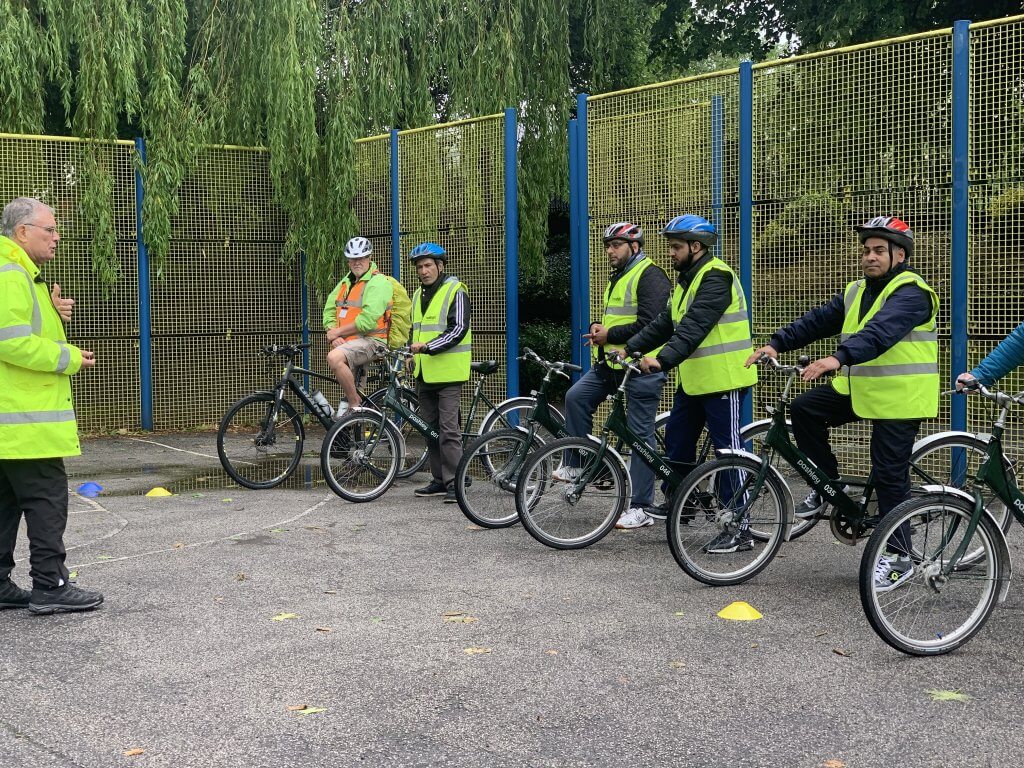 We cleaned up the air around schools

As part of our ongoing work to improve air quality in the city we began enforcement on ‘idling’ drivers – particularly outside schools and by level crossings. Signs are now up outside five schools so children and parents think carefully about the air they breathe. 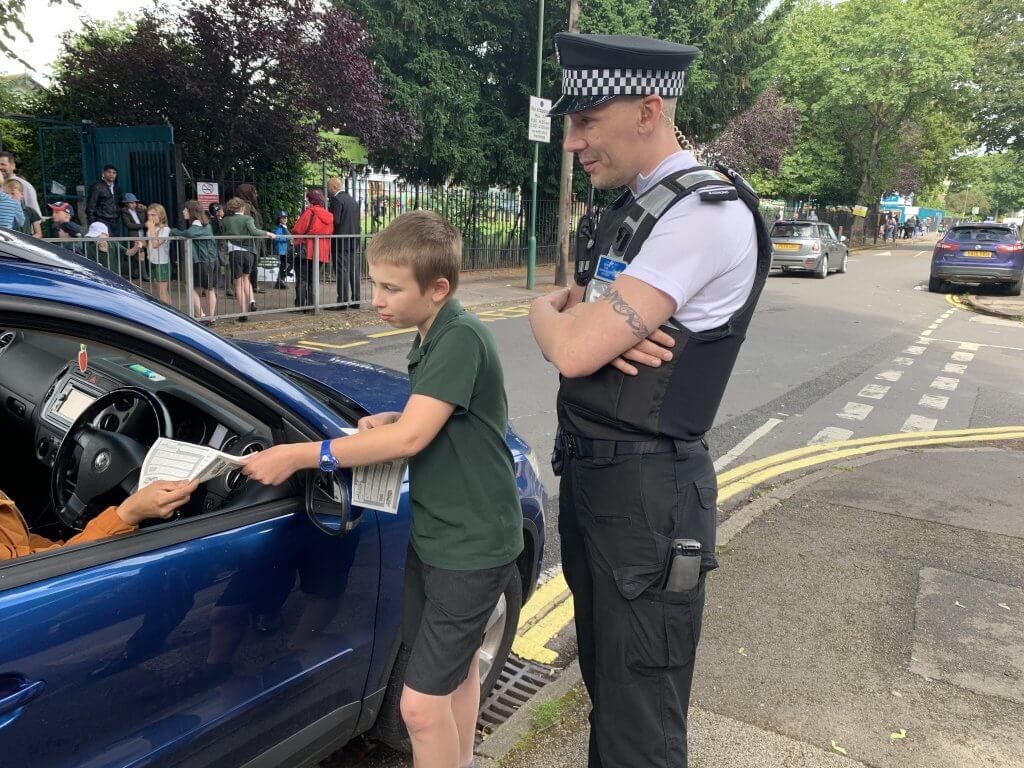 Over 12,000 children took part in the Road Safety Quiz

The programme is offered to all the primary schools in the city and designed for Key Stage 2 pupils (7-11 year olds). This year 12,962 children took part, in 72 schools, representing 94 per cent of schools within Nottingham. Pupils develop knowledge of road signs, public transport, cycling, safely crossing the road, and travelling in cars. 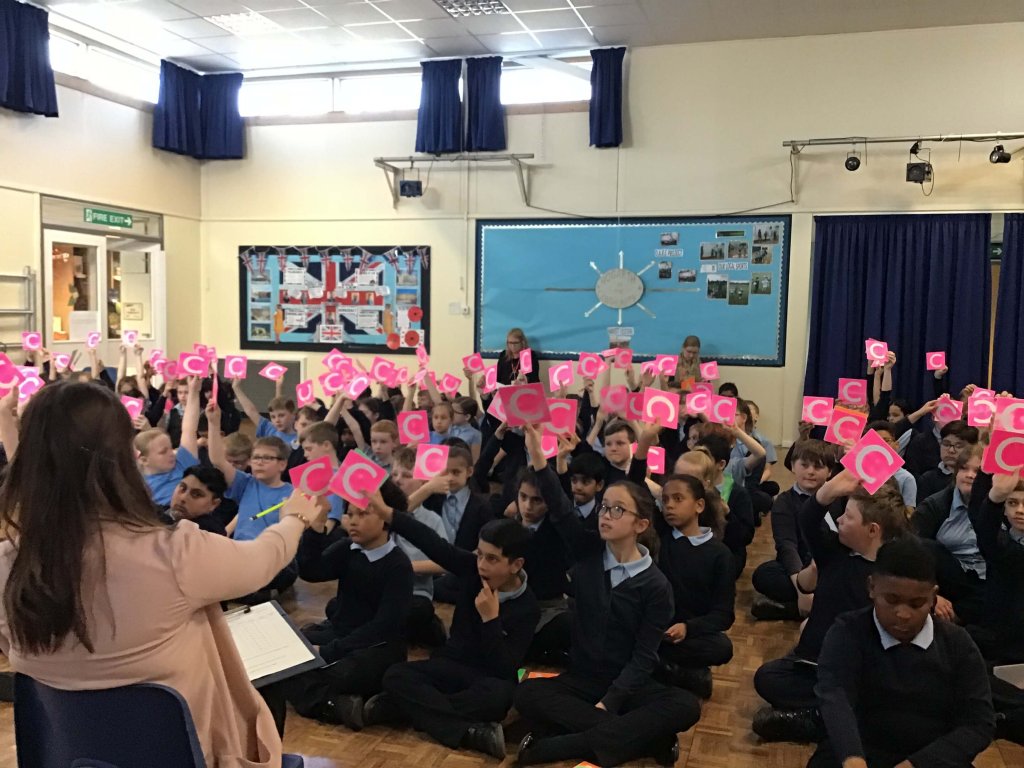 The skies above the Southside regeneration area are now littered with cranes as work began in earnest on the new intu Broadmarsh Centre and the Broadmarsh car park and bus station. 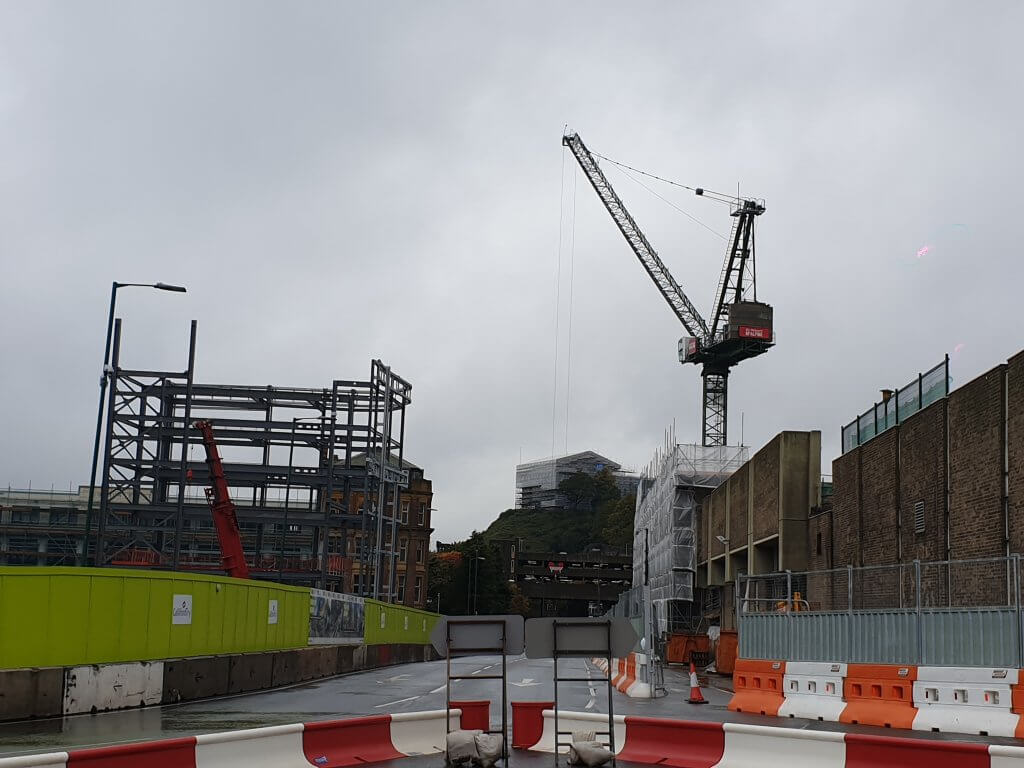 We celebrated 15 years of the tram

The first tram glided onto Nottingham’s streets 15 years ago in March after an absence of 70 years! Since then the network has doubled in size and the tram now carries people on 19 million trips a year!

Nottingham has the biggest fleet of ULEV cabs outside of London. These new, low emission taxis offer passengers a lift in style and without harmful emissions. This year we’ve installed ‘taxi only’ charge points at several locations across the city – so our cab drivers can stay fully charged to get you where you need to be. 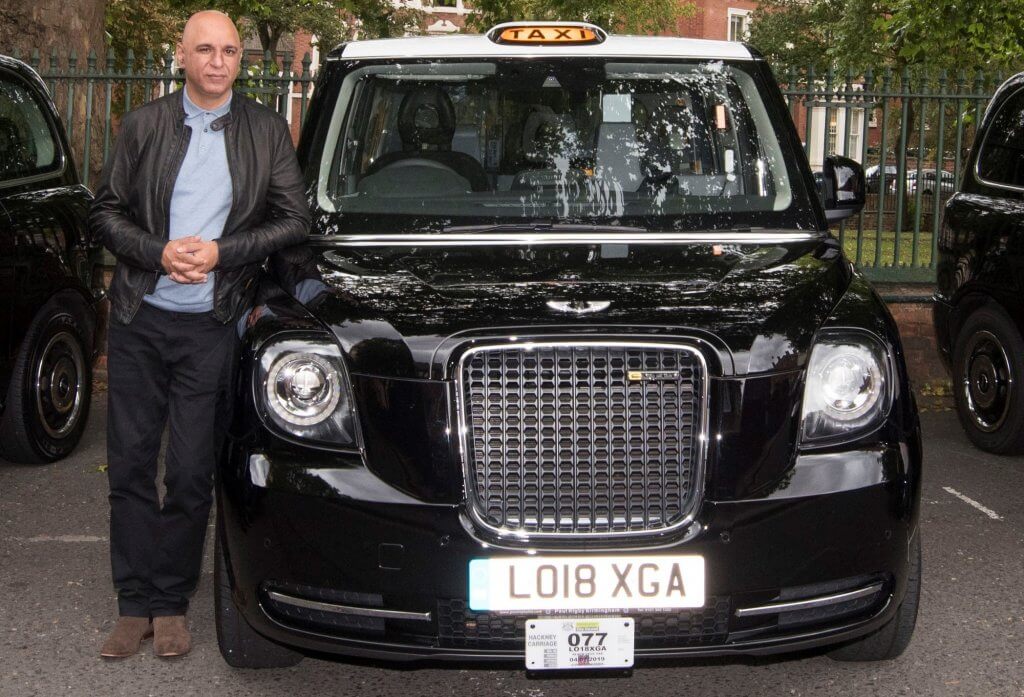 In the last year Ridewise have helped 2,250 people gain new skills and confidence at their community cycle centres. They offer a range of sessions for beginners, families and improvers to support more people cycling. The sessions are free for Nottingham residents, and often offer Dr Bike sessions too – which offer free bike servicing to keep your wheels in top condition. 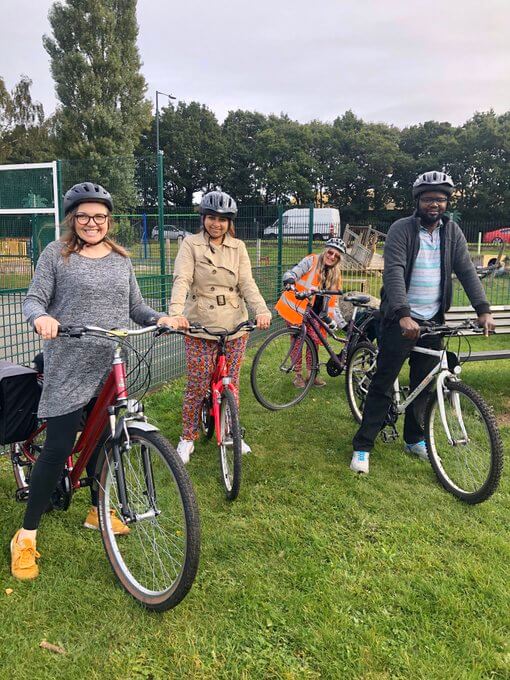 We kept roads in top condition…

Our annual maintenance programme treated 26 residential roads across the city – helping prolong the life of the road before they need more serious repair. 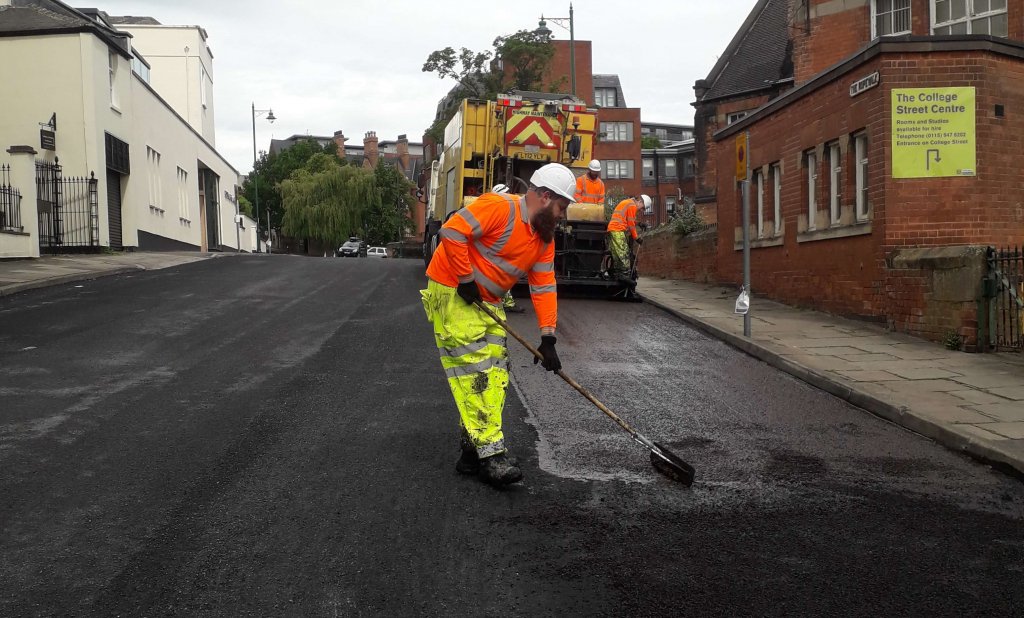 Our buses got cleaner…

140 diesel buses were ‘retrofitted’ this year to clean up their tail pipe emissions and make them up to 90% cleaner. There’s still a few more left to upgrade but the project is due to complete early next year 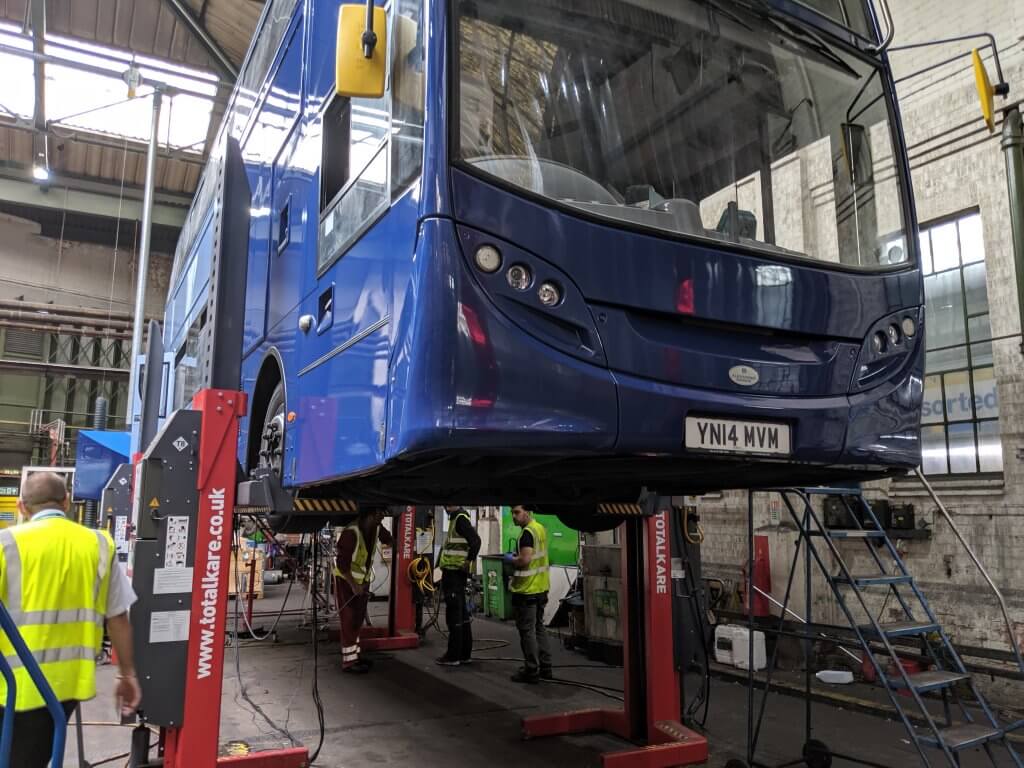 Major gas works on Canal Street required closing a major road inbound for several months. Cadent Gas were working to replace half a kilometre of gas main, through coordinated planning and promoting effective diversions along the southern relied route, the road reopened a month ahead of schedule. 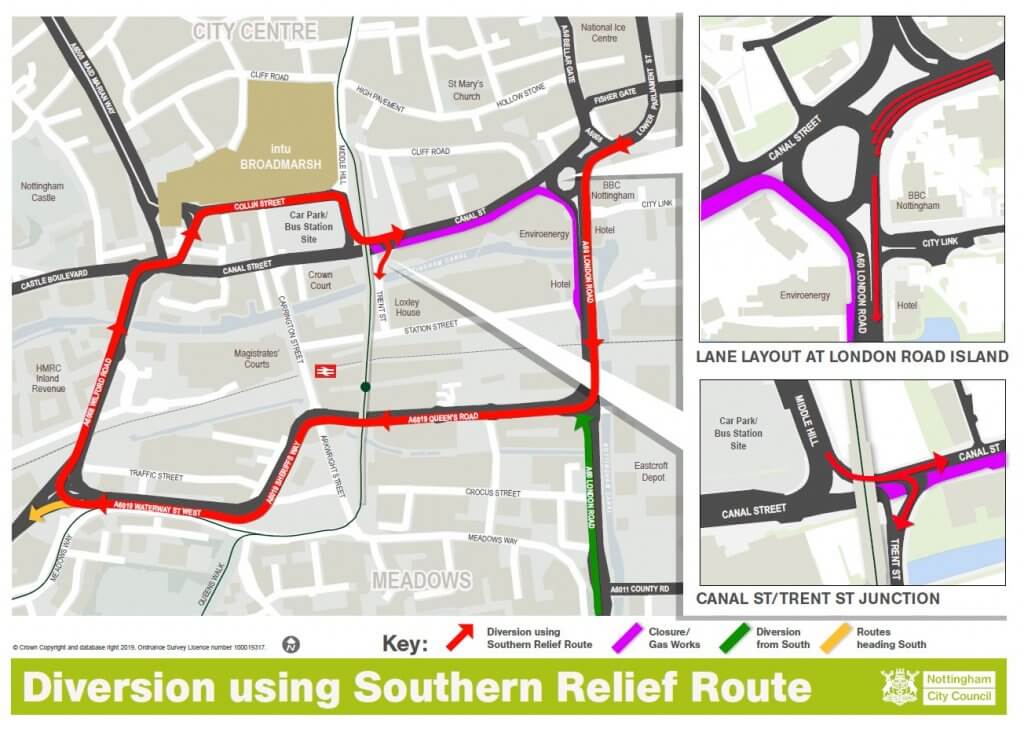 Active travel whether on a bike or on foot is good for you, and the environment. Major plans are on the horizon for next year – but in 2019 we’ve already started improving some of the gaps in our cycle network to better connect communities and create safer, better routes for cyclists and pedestrians. 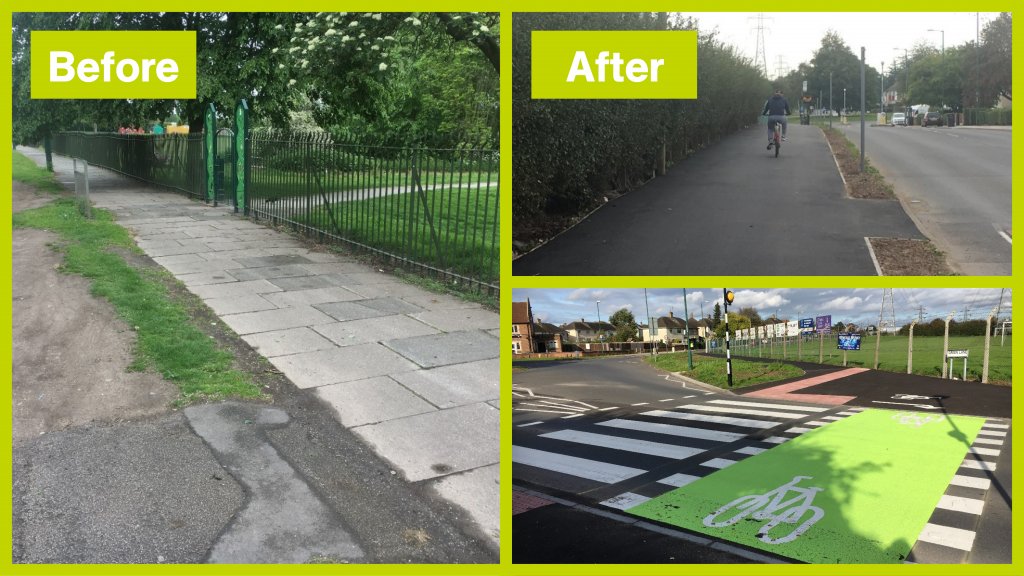 It’s been a busy year for the city as our transport got greener and cleaner. There’s some big projects on the horizon what with continuing progress on the new Broadmarsh car park and bus station, major new cycle paths as well as improvements to our public transport network, making realtime more accurate and buses more reliable. See you in 2020, watch this space…